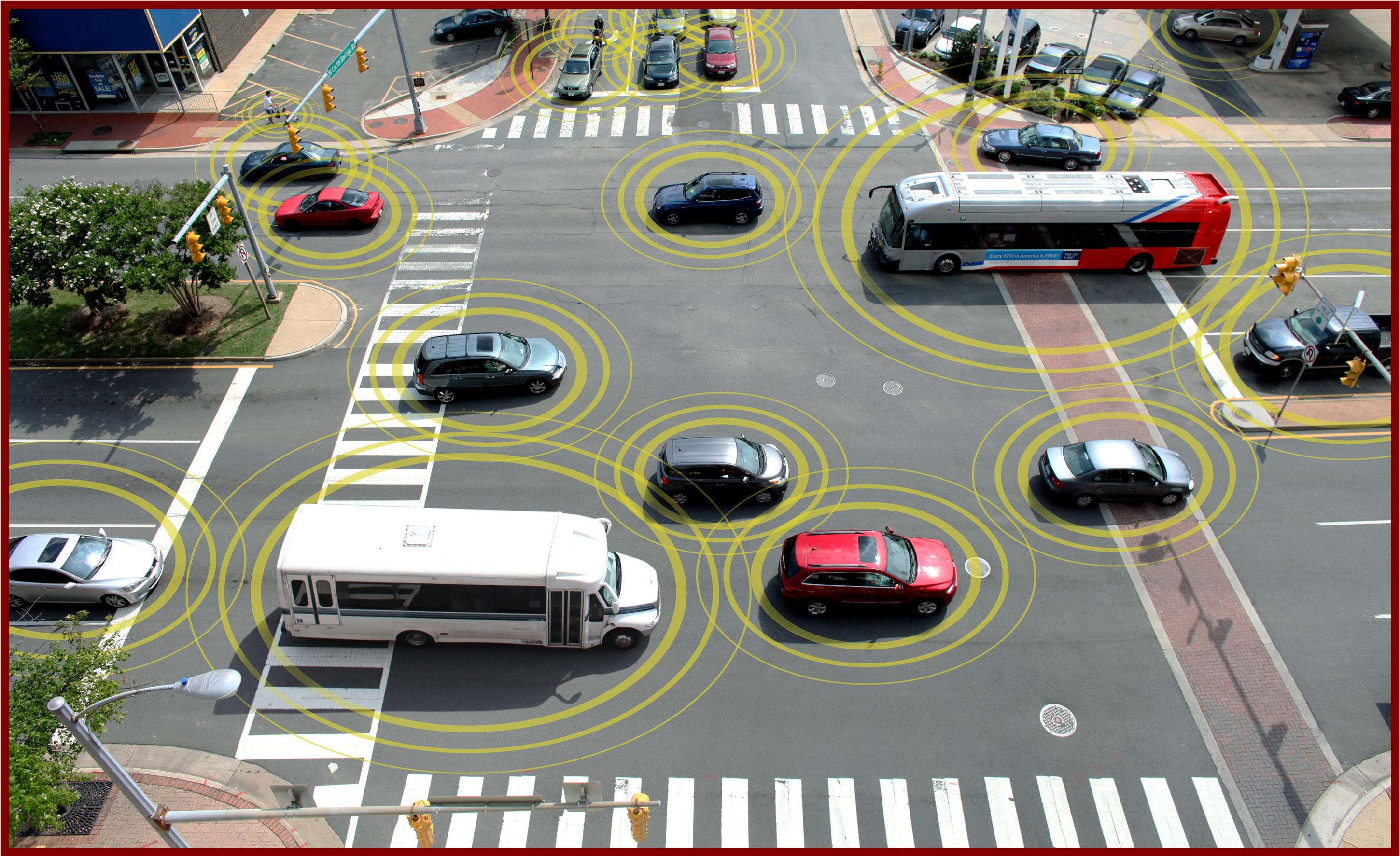 V2V allows vehicles to send and receive from each other location, speed and direction of travel. V2I (internet) shares information about traffic signals, road attributes and surface conditions. Each has the potential to mitigate traffic collisions and congestion. Together, they can be integrated with active safety features, such as forward collision warning and side blind zone alert, already available on production cars.

Our normally sane academic friends at CAR observe that with current improvements in vehicle automation and artificial intelligence (AI), connected and automated vehicles (CAVs) will be part of the future urban transportation. Various industries, along with public agencies, universities, and others, have already started exploring the potential applications and “benefits” of these technologies. (And, yes, there is fertile field for CAR to harvest here – see below.)

The healthcare industry, in CAR’s view is one of the industries that could benefit. “The human factor in the automated vehicle system—either as a driver in the very early stages of the technology or as passengers in the fully automated vehicles—creates a critical opportunity for the healthcare industry to become active in the discussions around CAVs,” claims Zahra Bahrani Fard, Transportation Systems Analyst at CAR.

Oh really? According to the Nation Highway Traffic Safety Administration (NHTSA), around 94% of motor vehicle crashes are caused by human error. With advanced driving systems, automated vehicles (AVs) offer the potential to improve driving safety and reduce the number and severity of crashes by reducing the human error component contributing to crashes.

This is a nice theory from the meritocracy that often engages in such navel gazing without any real-world data to support the conclusions that result. (AutoInformed: Beware of Self Interest in Mobility Promotion says NADA and Autonomous Vehicle Sales to Pass 33 Million Annually in 2040)

“Yes, there were 37,000 fatalities on the roads last year,” Lutz explained. “But Americans drove more than 3.2 trillion miles. That means nearly 90 million are driven in the U.S. for every motor vehicle death. That’s 342 years of driving – 24 hours a day, 7 days a week, 52 weeks a year – between traffic deaths.”

“So here are the questions you should be asking automakers, regulators, and safety advocates right now: What technologies are coming online in the next five years that will reduce driving fatalities, and that don’t involve removing steering wheels, and brake pedals, and humans?” Lutz said.

CAR in essence ducks the question, “Considering the arising concerns regarding fatalities caused by distracted driving and DUI, and the increasing number of elderly drivers, automated driving systems hold the promise of a large step toward a safer future for all road users,” said Zahra Bahrani Fard. Promises aren’t real-world performance, though.

There are other concerns, again theoretical,  about the possibility of negative impacts on human health with AVs encouraging more car trips instead healthier modes of transportation, such as walking and biking. Nonetheless, CAR maintains that AVs also have the potential to improve human health by measuring our health parameters en route through passive health monitoring systems. This could contribute to identification of both acute concerns (e.g., early warning of an imminent heart attack or asthma attack while in the vehicle) and long-term issues by providing a frequent, probably daily for many drivers, update on critical health parameters. Once you get past the big brother state and massive privacy invasion – with unknown consequences – this, too, remains a theoretical benefit.-

CAR: “With the innovations happening in biosensors, AI, and remote diagnosis, the act of measuring health parameters and vital signs will become more convenient, mobile, and cost effective. Biometric sensors can be integrated into the backrest, seat belt, or seat cushion to measure vital signs passively and store our data in the clouds. More data points over time help the doctors to have a more reliable basis for diagnosis than occasional visits. And in case of any abnormalities, the system will either notify the driver (or a passenger) or send the data to a doctor for a later feedback.”

With current improvements in vehicle automation and artificial intelligence (AI), connected and automated vehicles (CAVs) will be an important part of the future urban transportation or so the conventional wisdom goes. Various industries, along with public agencies, universities, and others, have already started exploring the potential applications and benefits of these technologies. The healthcare industry is one of the industries that could benefit from CAV technologies. (Just look how public agencies have taken care of Michigan roads so that they now resemble those of a third world country at war. Great benefit, huh. Then there’s Michigan’s corrupt and expensive ‘no fault’ insurance which benefits lawyers ad the health care industry while providing citizens with sone of the most expensive insurance in the country.)

Specifically, CAR cites the human factor in the automated vehicle system—either as a driver in the very early stages of the technology or as passengers in the fully automated vehicles—creates an opportunity for the healthcare industry to become active in the discussions around CAVs. (Yes, but isn’t this the industry that sees U.S. people paying more for healthcare and get less, much less in return than other nations?)