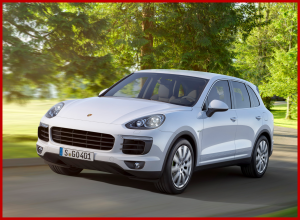 The California Air Resources Board (CARB) and the California Department of Justice today announced a partial Dieselgate consent decree for violations of the Clean Air Act caused by a “defeat device” in 3-liter diesel crossover SUVs sold by Volkswagen, Audi and Porsche. The model years affected are 2009 through 2016. The Partial Consent Decree was negotiated with the automakers by CARB, the U.S Environmental Protection Agency, the California Attorney General’s Office, and the U.S. Department of Justice.

A defeat device is an undisclosed Auxiliary Emissions Control Device, in industry jargon, that reduces the effectiveness of the emission control system. Not disclosing the presence of such a device is a violation of California and federal vehicle certification requirements.

The agreement is subject to the approval of Judge Charles R. Breyer of the United States District Court for the Northern District of California, who presides over federal Multi-district Litigation (MDL) proceedings related to the diesel matter in the United States. The proposed agreement would allow Volkswagen to recall more than 75 % of affected 3.0-liter WC Toureg, Audi Q7 and Porsche Cayenne TDI V6 vehicles to bring them into compliance with the emissions standards to which they were certified, if appropriate modifications are approved by EPA and CARB.

In this Dieselgate matter, as in Volkswagen’s smaller 2-liter diesel vehicles, the defeat device was specifically designed to turn on certain emission control systems and strategies only when a vehicle was undergoing vehicle certification testing, and then turn them off when driven on the road. This resulted in additional emissions of nitrogen oxides above the California and federal certification limits.

As with the 2-liter Dieselgate case, it was CARB engineers who discovered some of these inconsistencies through emissions testing and investigation.

“This settlement highlights the fact that cheating to get a car certified has consequences for air quality and the public’s health — and that cheaters will be caught and held accountable,” said CARB Executive Officer Richard Corey. “Because California can enforce its vehicle regulations, CARB was instrumental in uncovering the cheating in the 3-liter, and before that, in the 2-liter, diesel engines. The mitigation in this settlement will now help California address its serious air quality and climate challenges with a focus on putting the very cleanest vehicles in disadvantaged communities where they are needed most.”

The scofflaw German companies – all part of the beleaguered Volkswagen Group – must pay $225 million into a national mitigation fund. California will receive about $41 million of that money for mitigation programs in the state designed to address the additional NOx emissions released by the vehicles in question. This is in addition to $1.2 billion VW is already paying California for mitigation and zero-emission vehicle (ZEV) infrastructure as part of the 2-liter Dieselgate partial consent decree. There will be a public process to take input on what should be done with the money for mitigation including workshops, and public hearings per CARB.

The newer dirty diesel vehicles appear to be likely candidates for a successful emissions compliant modification says CARB. The proposed Consent Decree includes provisions for a recall for approximately 63,000 vehicles and the buyback and lease termination or emissions modification (if approved) of approximately 20,000 older vehicles However, no modification has been approved, and if the German manufacturers cannot provide one, these vehicles will become eligible for buyback or lease cancellation, as well. For more information about options for owners and those who have leases on these cars, see www.vwcourtsettlement.com.

Ken Zino is an auto industry veteran with global experience in print, broadcast and electronic media. He has auto testing, marketing, public relations and communications expertise garnered while working in Asia, Europe and the U.S.
View all posts by Ken Zino →
This entry was posted in environment, fuel economy or emissions, litigation and tagged audi, autoinformed, autoinformed.com, carb, dieselgate, Ken Zino, Volkswagen and Porsche 3-liter diesel engines. Bookmark the permalink.