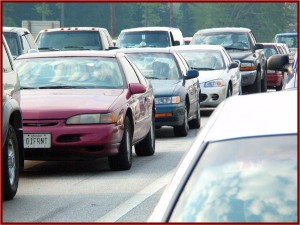 The courts have long upheld California’s right to set its own emission standards.

The California Air Resources Board voted unanimously to continue with its vehicle greenhouse gas emission standards and zero-emission vehicle program for cars and light trucks sold in California through 2025. This occurred  as Nit Twit Trump was getting his butt kicked on the non-affordable non-health care act that would “replace the Affordable Health Care Act on day one” of his now beleaguered Administration. Sixty plus days in, Trump folded without a Plan B to make good on his promise to kill health care for the elderly and middle class, while giving tax cuts to the supper-rich. (CARB Issues Mid-Term CAFE, Green House Gas Review and Trump Lies – Healthcare Bill Boots 24m, Eventually Keeps 52m from Insurance Because of Tax Cuts for Favored Rich)

California reasserted its “commitment to clean air, protecting public health and continuing the fight against climate change. The action ensures that California and 12 other states that follow its vehicle regulations, together accounting for a third of the U.S. auto market, will move forward greenhouse gas emission standards adopted in the 2012 process involving the federal government, California and the automakers who – true to the principles of a lifetime – now want to renege on the agreement that had the same standards for all 50 states.

The courts have long upheld California’s right to set its own emission standards – for decades longer than the minutes it took District and Federal Courts have summarily dismissed Trump’s attempt at racist travel bans.

“Today ARB affirmed the technical reviews done by our own and EPA staff, as well as the work of independent analysts,” said CARB Chair Mary D. Nichols. “We invite the global industry to bring us their best cars and trucks and take advantage of the willingness of our leaders to provide a broad range of incentives to help make these vehicles affordable. And we also invite them to come sit down with us if they have specific concerns about implementation of the existing regulations that can be addressed without weakening the impact overall. The program is delivering cleaner cars that save consumers money and are fun to drive: That’s how we do it in California.”

The Board vote was supported by representatives from the 12 states that have adopted California’s standards. Those states together have a population of 113 million and constitute roughly 30% of the nation’s new car sales. Senior environmental officials from Connecticut, Massachusetts, New York and Oregon testified at today’s hearing to urge the Board’s approval.

The Board action affirmed the comprehensive, multi-year staff assessment and analysis that concluded that the standards for model years 2022-25 are appropriate and feasible. The staff assessment found that the technology to achieve them is not only currently available, but has exceeded the original expectations, both for level of development and cost, when the standards were adopted with automaker support in 2012.

The Board’s vote reached the same conclusion as the U.S. Environmental Protection Agency in its final determination in January on the federal greenhouse gas emission standards for model years 2022-25.

However, the Trump administration rescinded that decision at the request of automakers, and announced that it intends to reconsider the final determination in coordination with the National Highway Traffic Safety Agency, which is responsible for setting the Corporate Average Fuel Economy standards.

The Board’s decision to stay the course on standards to cut greenhouse gases and smog-forming emissions was based upon the findings of a comprehensive, 637-page staff report that included an analysis of the Technical Assessment Report developed by California and the federal agencies, which was released last July. The CARB staff report also includes the first comprehensive, in-depth analysis of the zero-emission vehicle market in California, including new consumer research to assess the benefits and use profiles of ZEVs now operating in California.

Based on these findings, the Board also voted to pursue policies to support more than 4 million zero-emission vehicles in California by 2030, and established a goal to continue reducing average fleet-wide greenhouse gas emissions from new vehicles by 4%-5% per year between 2025 and 2030.

“With the midterm review now in the rearview mirror, we look forward to accelerating our efforts to develop the next set of California vehicle standards,” said CARB Deputy Executive Officer Alberto Ayala.  “California is also moving forward to accelerate deployment of fuel cell and battery electric cars. That will put us on track to meeting our clean air and climate goals for 2030 and align California with current advanced vehicle technology research and investment in the global auto marketplace.”

California, with nearly half of all zero-emission vehicles in the nation, has several programs in place to further support the growing electric car marketplace.  The state offers rebates to new buyers or lessees of zero-emission vehicles, is rapidly scaling the infrastructure for charging electric cards and fueling hydrogen fuel cell vehicles, and agencies are pursuing nearly 200 actions to support the market, as identified in the Governor’s 2016 ZEV Action Plan.

The Board expressed its commitment to support the ZEV marketplace by continuing complementary programs such as the Low Carbon Fuel Standard, and redoubling efforts on continued state incentives, utility infrastructure programs, and expanded public education programs, such as the newly established initiative through Veloz, formerly the California Plug-in Electric Vehicle Collaborative.