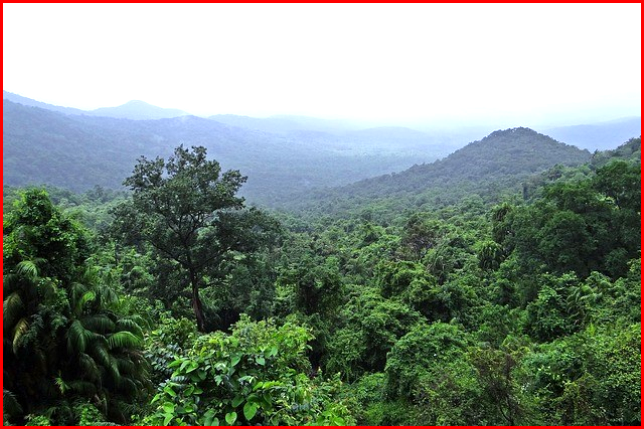 Tropical forests are on the verge of losing their role as one of the world’s biggest carbon sinks.

The California Air Resources Board today endorsed a “science-based” standard that is claimed to help protect tropical forests*, their communities and natural biodiversity for decades to come.

The so-called Tropical Forest Standard – a decade in the making – is the first government-enacted, global standard for maintaining and protecting tropical forests throughout an entire state or province by incentivizing responsible action and investment.” The standard provides a minimum set of requirements for such large-scale programs to reduce emissions from tropical deforestation.

“The world’s tropical forests are in crisis and this endorsement by California sends a strong signal for jurisdictions to take immediate action,” CARB Chair Mary D. Nichols said. “It will improve the livelihoods of those who live and work in tropical forests. And it motivates responsible investment into better forest management in a way that is more protective of indigenous rights than anything that currently exists.”

The standard could become an international model for increased stringency, accountability, and transparency. Globally it’s about the elements that “must be in place to establish a program that values the preservation of tropical forests over continued deforestation or destructive activities such as oil exploration and extraction.”

CARB said it developed the standard after evaluating other international deforestation reduction programs and working with the Governors’ Climate and Forests Task Force and indigenous leaders and forest communities. In addition, California worked with state and national governments across the globe including two dozen tropical states and provinces, as well as Norway and Mexico.

CARB staff incorporated changes to the standard to address concerns and experiences with smaller-scale carbon reduction projects. The California approach does not deal with individual projects, but instead is designed around larger-scale (sub-national) areas, which provides for ongoing monitoring, verification, increased storage of carbon, and enforcement, while avoiding emissions leakage.

“From the beginning of the discussion of the Tropical Forest Standard, we have been insisting that it should have a strong content on the rights of indigenous communities and other traditional forest communities,” says Levi Sucre Romero, coordinator for the Mesoamerican Alliance of Peoples and Forests. “In the proposed standard under discussion, these rights are clearly respected through consultation requirements and free, prior and informed consent.”