Carlos Ghosn Given Temporary Reprieve by Renault Board 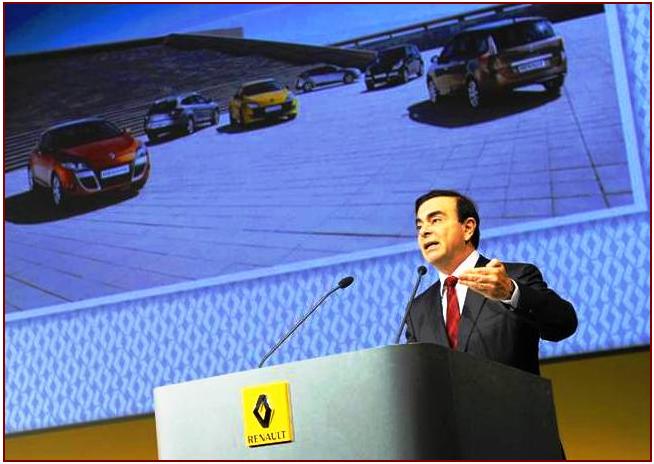 The Alliance is successfully competing with much larger automakers and progressively – but perhaps too slowly – moving toward greater integration to survive.

The Renault Board, not surprisingly, has given Chairman Carlos Ghosn a temporary reprieve after Nissan removed him from his Chairman position following his arrest in Japan for under-reporting income of $44.4 million for a five-year period when he earned $88.7 million. (Nissan Chairman Carlos Ghosn Arrested and About to be Sacked by Board for Financial Misconduct. Renault-Nissan-Mitsubishi Alliance Position Threatened.)

In a statement just issued, Renault said, “Mr. Ghosn, temporarily incapacitated (he’s in jail in Japan – editor), remains Chairman and Chief Executive Officer. The Board of Directors resolved to appoint Mr. Thierry Bolloré on a temporary basis as Deputy Chief Executive Officer. Mr. Bolloré will therefore lead the management team of the Group, having the same powers as Mr. Carlos Ghosn.”

The French government, which owns 15% of Renault, through Finance Minister Bruno Le Maire said Thursday that France has yet to receive information from Japan about what Ghosn is accused of. In an Associated Press filing, Le Maire said the presumption of innocence remains in place. Ghosn could face up to 10 years in prison in Japan, a fine of up to ¥10 million, or both if further charges don’t emerge.

It was the latest twist on an ongoing saga that involves alleged tax evasion by Ghosn and alleged illegal payments to his sister for no work. It also raised, yet again, the embarrassing issue that foreign executives demand and receive far greater compensation than their Japanese equivalents.

Mr. Ghosn was the lead strategist of the Nissan Revival Plan, which transformed the company from near-bankruptcy to profitability within two years. Under his leadership, Nissan has had higher profit margins than many rivals and has expanded geographically – particularly to China, which is now one of Nissan’s key markets by volume.

In addition to his former responsibilities at Nissan, Mr. Ghosn was named CEO of Groupe Renault in May 2005, becoming the first person to run two global Fortune 500 companies simultaneously. In 2009, he added the title of chairman of the board. And in December 2016, he was named Chairman of the Board of Japan’s Mitsubishi Motors Corp.

During this period, the Board will meet on a regular basis under the chairmanship of the lead independent director to protect the interests of Renault and the sustainability of the Alliance.

The Renault Board requested that Nissan, “on the basis of the principles of transparency, trust and mutual respect set forth in the Alliance Charter,” to provide all information in its possession arising from the internal investigations related to Mr. Ghosn. (apparently the initial whistle blower was a gaijin not a Japanese exec, corporate counsel Hari Nada, who now has a plea bargain. – editor)

“The Board endorsed the support expressed by the Nissan management to the Renault Nissan Mitsubishi Alliance, which remains the priority of the Group.”

Groupe Renault has been making cars since 1898. Today it is an international multi-brand business, selling close to 3.76 million vehicles in 134 countries in 2017, with 36 manufacturing sites, 12,700 points of sales and employing more than 180,000 people. To meet the major technological challenges of the future and continue its strategy of profitable growth, the group is “harnessing its international growth and the complementary fit of its five brands, Renault, Dacia, Renault Samsung Motors, Alpine and Lada, together with electric vehicles and the unique alliance with Nissan and Mitsubishi.” With a new team in Formula 1, Renault sees motorsport as a vector of innovation and brand awareness.