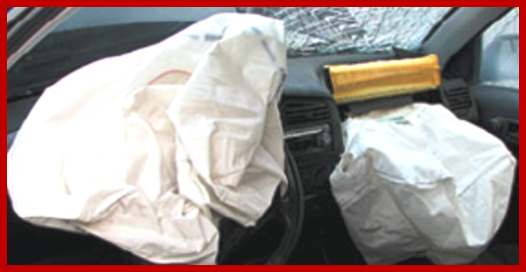 It is estimated that 33% of affected airbags are still un-repaired.

Carma Project claims – not without self-interest – that “will further help address the recall of deadly Takata airbags, which is labeled ‘the largest and most complex safety recall in U.S. history’ by the National Highway Traffic Safety Administration (NHTSA). About 87% of all Toyota vehicles sold during the past 15 years are still on the road today.

The ongoing recall affects vehicles built by 19 different automakers, with a projected 70 million airbags expected to be recalled by the end of 2019. There are now more than a dozen deaths and hundreds of alleged injuries industry-wide, meaning millions of drivers and passengers could be at risk. It is estimated that 33% of affected airbags are still un-repaired.

It’s well known in the industry that efforts by automakers, such as recall letters, public service announcements, and dealer interventions, results in low consumer response to fixing these potentially life-threatening issues.

Carma Project was designed to facilitate the process of people helping people by alerting them to life-threatening automotive recalls. (Marketing babble alert) “By combining the trust of word-of-mouth communication within a game design that infuses incentives for individuals alerting their friends and family, Carma Project hopes to connect Toyota with hard-to-reach owners who haven’t responded to the Takata recall.

“We’ve built a similar solution in healthcare and have seen it work,” claimed Carma Project CEO Fabio Gratton. “Companies struggle to identify participants for clinical trials, because they are hard to find and oftentimes ignore industry outreach. But a friend or family member has that trust, access, and influence to ensure that those people learn about these trials and ultimately receive those potentially life-saving medications. We’re confident that this approach will work in the automotive world, especially when combined with our incentive model.”

In connection with Toyota’s support of the Carma Project, people can earn financial rewards by signing up for Carma Project and sharing Takata airbag recall information with their friends and family. A simple license plate photo or typing a VIN into a recall lookup tool on Carma Project’s website allows involved Toyota, Lexus, and Scion owners to immediately act and book an appointment for a free Takata airbag fix. Referring individuals can also earn financial rewards for every eligible Toyota, Lexus, or Scion that is fixed.

To learn more about how it works see: www.CarmaProject.com. Established in 2018, Carma Project is dedicated to improving consumer safety through its innovative technology platform that uses peer-to-peer influence and incentives to accelerate consumer response to automotive recalls.  Carma Project was established by SONIC Health, LLC.