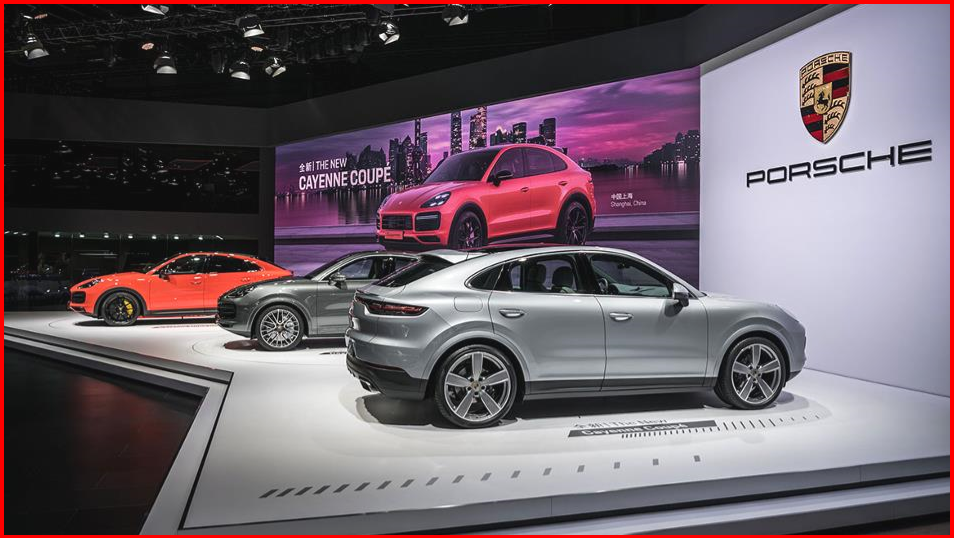 The world’s most expensive truck maker?

SUV and car maker Porsche has debuted the Cayenne Coupé, : the new model from Porsche at its exhibition premiere at “Auto Shanghai, “Asia’s most important motor shows. The new Porsche will be on view there until 25 April and will play a major role in the further growth of Porsche in China.

“With the Cayenne Coupé, we’ve brought along a special version of our Chinese Porsche customers’ favorite model,” says Oliver Blume, Chairman of the Executive Board of Porsche AG, at the kick-off of the exhibition: “We are expanding the Cayenne family with a vehicle demonstrating a very strong character of its own. And as in every other segment in which we compete, we also want the Coupé to be the sportiest option in its class. That’s why we continue to develop our product range in a focused way, in order to give our customers what they want and gain new ones – especially here in China, our biggest individual market.”

Porsche delivered more than 31,000 units of the Cayenne in China in 2018, representing an increase of 19% compared with the previous year in the slowing Chinese market. With more than 80,000 shipped vehicles, China was once again the biggest individual market for Porsche in 2018. 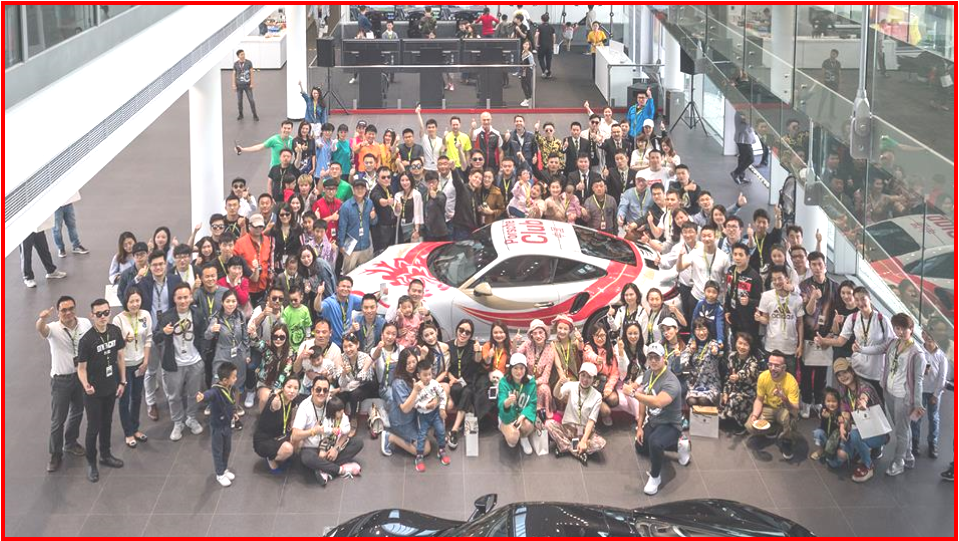 The first Porsche Experience Centre in Asia was opened a year ago in Shanghai for the growing fan base in the Far East. It is located at the Shanghai International Circuit and includes a 10-hectare site where visitors are offered unique experiences based around Porsche vehicles both on and off the track. In addition, the first official Porsche Club China was established in 2017, and now has 6,500 members. Porsche drivers from all over China meet online as well as in real life in this club and talk about their shared passion.

The Coupé variant includes all the technical bits of the third Cayenne generation, but is, what else, “more progressive, more athletic and more emotional thanks to its custom design elements and new technical details.”

The roof line falls away more steeply to the rear, giving the Coupé a highly contested claim as the sportiest-looking model in the segment. The front windscreen and A-pillar are shallower than in the Cayenne because the roof edge has been lowered by 20 millimeters. The newly designed doors and wings broaden the shoulders of the vehicle by 18 millimeters. The fixed roof edge spoiler is combined with an adaptive rear spoiler, which extends by 135 millimeters from a speed of 90 km/h, increasing downforce on the rear axle..

The panoramic fixed glass roof is standard, with a carbon roof as an option. It is in one of three optional lightweight sports packages, which also include the Sport Design package and new, weight-reduced 22-inch GT Design wheels as well as seats in a classic checked fabric. The new Cayenne Coupé offers plenty of space for up to four people as standard. At the front, sports seats with integrated head rests offer comfort and optimum lateral support.

In the rear, the Coupé is equipped with a rear bench with the characteristics of two individual seats. A rear seat system with three seats is available as an alternative at no extra cost. Rear passengers sit 30 millimeters lower than in the Cayenne. The luggage compartment has a capacity of 625 liters. This increases to 1,540 liters (Cayenne Turbo Coupé: 600 to 1,510 liters) when the rear seats are folded down. Standard equipment includes speed-sensitive Power Steering Plus, 20-inch alloy wheels, front and rear Park Assist including rear view camera, Porsche Active Suspension Management (PASM) and the Sport Chrono Package.

Two engines are offered at market launch. The Cayenne Coupé with a six-cylinder turbocharged engine and a displacement of three liters is rated at 250 kW (340 PS) and develops a maximum torque of 450 Nm. The top-of-the-range Cayenne Turbo Coupé has a four-liter V8 engine with twin turbocharging, 404 kW (550 PS) and a maximum torque of 770 Nm.

The consumption and CO2 emission values were calculated according to the new Worldwide Harmonized Light Vehicle Test Procedure (WLTP). The NEDC values derived from this must continue to be specified for the time being. These values cannot be compared to the values calculated based on the previously used NEDC measuring procedure.