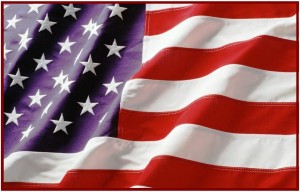 CBO is seeing nothing but red ink in the ledger of the U.S. Federal budget for years to come.

The United States is looking at a $1.3 trillion budget deficit in 2011, according to the Congressional Budget Office (CBO) in a report released today. This means that 2011 will be the third largest revenue shortfall in the past 65 years, surpassed only by the 2009 and 2010 deficits duding the ongoing Great Recession.

Even though the economy began a slight recovery two years ago, CBO notes that “the pace of the recovery has been slow, and the economy remains in a severe slump.” The ongoing chaos in the financial markets in the United States and overseas threatens to prolong the slump.

CBO predicts that the recovery will continue, but that real (inflation-adjusted) GDP will stay well below the economy’s potential for years to come. The fragile recovery in the U.S. auto industry is clearly threatened by the latest forecast. (See August New Vehicle Sales Barely Up. U.S. Economy Still Stalled)

CBO projects that real GDP will increase by only 2.3% this year and by 2.7% in 2012. Worse, under current law, federal tax and spending policies will impose substantial restraint on the economy in 2013, so CBO projects that economic growth will slow that year before picking up again, averaging 3.6% per year from 2013 through 2016.

The implications for job growth remain grim. CBO says employment will expand slowly. The unemployment rate is projected to fall from 9.1% in the second quarter of 2011 to 8.9% in the fourth quarter of the year and to 8.5% in the fourth quarter of 2012—and then to remain above 8% until 2014. Although inflation increased in the first half of 2011, spurred largely by a sharp rise in oil prices, CBO projects that it will diminish in the second half of the year and then stay below 2.0% over the next several years.

However, if the recovery continues as CBO projects, and if  – big if –  tax and spending policies unfold as specified in current law, deficits will drop as a share of GDP over the next few years. Under CBO’s baseline projections, which assumes that current law will not change, deficits fall to 6.2% of GDP next year and 3.2% in 2013, and they average 1.2% of GDP from 2014 to 2021.

These projections, of course, count the effects of the deficit reduction measures in the recently enacted Budget Control Act of 2011, which have yet to come about. The optimistic projections also reflect sharp increases in revenues that will occur when provisions of the Tax Relief, Unemployment Insurance Reauthorization, and Job Creation Act of 2010 (the 2010 tax act) expire.

CBO said that cumulative deficits total $3.5 trillion between 2012 and 2021, and by the end of 2021, debt held by the public equals 61% of GDP. That estimate of deficits over the next 10 years is considerably lower than the $6.7 trillion that the agency projected in March. About two-thirds of that reduction stems from the effects of enacting the Budget Control Act, which set caps on future discretionary spending and created a process for adopting additional deficit reduction measures. The remainder is the result of changes in the economic outlook and technical revisions to CBO’s projections.