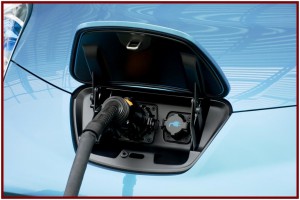 Nissan advises there is no black swan or rather black science battery breakthrough on the horizon.

Success is the verdict for Plug-in Hybrids and EVs one year after the Chevrolet Volt plug-in hybrid and Nissan Leaf EV (electric vehicle) both went on sale, it was claimed last week at the third annual Business of Plugging In Conference in Michigan. And with Cadillac, Ford, Toyota, among others, about to introduce the their own plug-in hybrids, and a pure EV version of the tiny Chevrolet Spark coming in 2013, the small niche of electric cars or advanced technology autos has the chance to grow some more.

Three disparate but vitally interconnected areas were explored during a series of meetings held over three days in Dearborn organized by the Center for Automotive Research :

The nascent EV business is clearly a small success as demonstrated by the fact that Nissan is about to build it’s 10,000th Leaf EV. However, the number two Japanese automaker and Renault, its Alliance partner still have a long road to travel to recover the $4.5 billion invested in EVs thus far. While the evidence clearly points to a successful niche business, Nissan optimistically in my view hopes that it will grow to 10% of its U.S. volume by 2020 as more EVs are added, including an upcoming Infiniti EV. Other non-automaker market penetration estimates for battery electric vehicles are in the 1-2% range. It’s really simple: Cost will drive adoption rates, and thus far costs are high across the industry.

That lithium ion batteries now almost universally used remain expensive is the reason next spring that the Toyota Prius plug-in hybrid will only have a 15-mile range on electricity. This is apparently enough for California regulators to approve it for use in HOV – high occupancy vehicle – lanes, a giant non-cash sales incentive program with the State of California picking a technology winner.

Toyota and Tesla Motor also have  a jointly-developed RAV4 EV, which will be built – with taxpayer help – at Toyota Motor Manufacturing Canada  in Woodstock, Ontario beginning in 2012. RAV4 EV, the sequel – since the original RAV4 EV failed under California’s previous EV mandate of the last century that dictated electric cars, but not the needed buyers – will also no doubt  qualify for HOV access. Investors beware: Tesla’s latest financial results showed a $59 million loss for Q2 million  – an unbroken losing streak that goes back to Tesla’s founding in 2003. Tesla went public in 2010. The Tesla Model S, a four-door sedan EV, has a planned release sometime in 2012.

The overwhelming success of the Toyota Prius hybrid – more than 1.4 million sold in the U.S. thus far – also points to a successful albeit niche business. Given that there are now dozens upon dozens of hybrids from other automakers emulating the Prius, rabid advanced technology fans should pause and note a couple of things: First, hybrids still only comprise a little over 2% of the U.S. auto market; and the Camry Hybrid – a no compromise family car derivative of the best selling car in the U.S. for the last nine years – has not been a sales success.

In fact, I would argue that with 2% market share, hybrids after almost a decade still haven’t convinced anyone but so-called “early adapters” that they make sense. Pragmatic buyers – no matter what they say about feeling green in research and clinics – are still buying conventional vehicles. Furthermore, President Obama’s goal of one million advanced technology vehicles on the road by 2015, looks to be as wildly optimistic  as his previous campaign promises.

Chevrolet, too, can boast about the success of its Volt, a plug-in hybrid that runs for about 35 miles on lithium ion batteries until a gasoline engine kicks in and supplies another 300 miles or so of range – in effect the world’s longest extension cord. By the end of this year, the Volt will be available in all U.S. states, and GM will have the capacity to produce 60,000 Volts and its Opel Ampera clone for worldwide sale. Then the customer will decide.

About 27% of early Volt owners are using the hybrid for small enough commutes to run Volt entirely on electricity, according to Tony Posawitz, the Volt’s vehicle line director, giving some credence to GM’s claim that it is an extended range electric vehicle. And filling up at home, and only visiting a gas station once a month are decided advantages, particularly among people who hate oil companies and pumping gas, which are not mutually exclusive segments.

The design and technology of  plug-in hybrids and EVs are also proceeding apace, but the pace is not breakneck. Nissan, arguably, a company that now knows more about EVs than any other automaker, estimates that costs due to its global scale will come down about 8% annually, but Nissan also warns there is no black swan or rather a black science battery breakthrough on the horizon. So far 60% of Leaf buyers are paying cash, and one-third of them are trading in luxury cars. This means, among other things, that $20,000 compact and mid-size or larger cars at half the cost of EVs or the Volt will continue to be the mass market choice.

That said, happy customers remain the best way to help electrify the automobile. Both Volt and Leaf are doing so according to early returns presented by Chevrolet and Nissan at the Business of Plugging In. And both the Volt and the Leaf in my driving tests are fully-developed vehicles, with no glaring design flaws other than high – $40,000 – prices and slightly compromised interior packaging.

Nissan even maintains that range anxiety is a myth, according to its early buyers, who have learned to adopt their trips and driving habits to accommodate about  85 miles between required battery recharging. (The same range as when your low fuel warning light goes on in a conventional car)  Here, there was some good news at the conference as Nissan dropped the price of the Leaf’s  fast charger to what it says will be an average home installation of $1,800, compared with a cost of $2,200 to $2,500 for its earlier adopters.

This brings us to adapting state and federal government, and utility policies toward automotive electrification. This is a nettlesome and controversial area, starting with what are taxpayer subsidies for the wealthy, currently $7,500 tax credit at the federal level in order to promote EV use. How long this subsidy will last during the ongoing budget deficit arguments remains to be seen. Some automakers are hoping of another ten years of taxpayer largesse, but in my view that is going to be politically impossible, except maybe in California, and that’s a maybe given California’s fiscal woes.

And what to think of the possible election of one of several potential Republican presidential candidates who reject the idea of Global Warming altogether – the reason for electrification in the first place, to cut down on the use of CO2 creating fossil fuels?

Whatever the rebate term, automakers are playing “beat the reaper” here – how quickly can an auto company establish a viable business without artificial, taxpayer supplied props? Any business plan based on ongoing subsidies will fail, I predict.

One policy idea kicking around Democratic circles that seems dead on arrival – at least until after the 2012 election, and then dependent on the outcome – is an Obama Administration proposal to convert the existing $7,500 tax credit to a $7,500 dealership rebate, thereby taking the vagaries of  a future tax return and converting it to the time honored automaker marketing technique of cash on the hood. The only difference is that it’s taxpayer cash, something in short supply right now. (See U.S. Budget Deficit Officially at $1.299 Trillion in FY 2011)

Also problematic is the last 100 feet of the wiring needed to get an EV charging station installed. Here, myriad local and state regulations to get the 240 volt power in your garage needed to provide faster “level two” recharging of two to three hours. Utilities and customers are both up against various regulations, building codes and required inspections. Worse, they are all different by state and locality.

A national reform is therefore badly needed to eliminate this Balkanization of the utility business. And bad news to government haters, it will take Federal regulation to accomplish this. If all goes right, the Feds will force sensible standards and then get out of the way, and let market forces take over, a questionable assumption I realize.

Finally, there’s the age old problem of taxation and governments’ seemingly insatiable need for more money. The Highway Trust Fund is and has been bankrupt,  as U.S. roads are starting to look like those of third world countries. All previous attempts to raise the Federal gasoline and/or diesel fuel tax have failed, spectacularly. Now politicians are thinking about (mostly in private) an additional electricity tax – 5 cents a kilowatt has been floated.

Hum. If electric cars become too successful,  fuel tax revenues will drop, setting off a viscous cycle of more neglected road repairs, fewer jobs and a return to dirt roads? Another possibility is using transponders – say the EZ pass already in use for East Coast toll roads – and charging by vehicle mile traveled. I can already hear the protests…

Automakers too could face some tough revenue choices of their own. If vehicle electrification spreads to the mass market, causing substitution from traditional vehicles, then automakers will look for traditional returns from EVs. This is nowhere in sight at the moment, and may never be. So for the moment advanced technology vehicle fans will be occupying a niche.

Next year’s Business of Plugging In will provide more real world data. And with enough vehicles on the road, some longer term trends might emerge – including, I predict, some clear winners and losers in what up to now has been a small, government dictated segment. It will once again be a valuable conference for anyone serious about monitoring the progress of the electrification of the automobile.