Chevrolet and Prince Fielder Give Kids a Pro Baseball Field 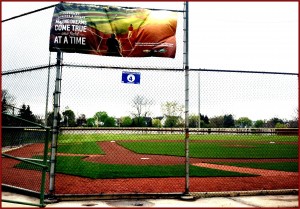 If you don’t qualify for such VIP treatment, anyone – even if they like artificial turf or the designated hitter rule - can win a refurbished field for their hometown by visiting www.chevybaseball.com.

Prince Fielder, who is currently entertaining fans batting number four in the Detroit Tigers’ lineup, was named the Most Valuable Player in last year’s Major League Baseball All-Star Game when he was with the Milwaukee Brewers in the National League.

That qualified the left-handed slugger and first baseman for a Chevrolet grant to makeover a field in the Milwaukee area. Fielder, together with the Brewers Community Foundation, selected Milwaukee County Parks as the recipient.

“I was fortunate to play on some really good ball fields growing up. I know that isn’t always the situation for kids across America. I’m proud that Chevrolet gives young kids the opportunity to have a field they are excited to play on,” said Fielder.

Prince, of course, benefited from the Tiger’s family-friendly policy of playing on the Tigers field and taking batting practice and coaching as a kid when his father, Cecil, was tearing the cover off the ball in Detroit.  Sort of takes some of the fear out of it when a pitcher is trying to stare you down, if as a kid you’ve been in the cage in a big league park looking at fastballs curves, sliders and brushbacks.

If you don’t qualify for such VIP treatment, anyone – even if they like artificial turf, juiced players and balls or the designated hitter rule – can win a refurbished field for their hometown by visiting www.chevybaseball.com and entering an online promotion. There will be 12 Diamonds and Dreams winners, one per week, through July 22. Participants will also be eligible to win the Grand Prize, a 2013 Chevrolet Malibu ECO.