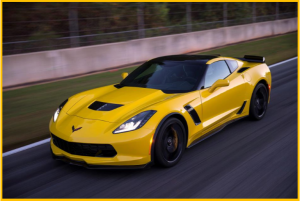 A lawsuit just filed says GM lured race-enthusiast Chevrolet Corvette customers with “bells and whistles,” and then sold them “unreliable” cars with a “performance-limiting defect” that leaves 2015-2017 Corvette Z06 drivers limping on the track. Attorneys estimate there are more than 30,000 affected Corvette Z06 cars in the proposed class action.

The suit alleges that GM knowingly sold defective Z06 models that, while marketed as having “track-proven structure and technologies,” cannot be operated safely on a racetrack because they enter a performance-limited “limp mode” when the cooling system can’t keep up with the heat generated under hard driving. This happens on public roadways, too, according to Hagens Berman Sobol Shapiro, one of two law firms attempting to get a large and – potential lucrative – class action suit initiated.  Roth Yaffa Cohen is a co-counsel representing the plaintiffs.

The law firms allege that GM deceived customers and violated state and federal laws by failing to ensure that the Z06 functions safely, and by failing to disclose a cooling system defect. The suit brings counts of fraudulent concealment, breach of warranty, unjust enrichment and other claims. “GM is aware of the defect and suspended production of the Z06 for a period of time to find a solution to the overheating issue, which it intended to incorporate in the 2017 Z06.”

GM claimed to have fixed the problem in the 2017 model by switching to a new hood with larger vents and a new supercharger cover. “However, this fix does not help consumers with previous models and does not fix the problem. The 2017 still overheats and GM’s only answer is to, after the fact, warn owners that automatic transmissions have the potential for overheating.”

The complaint says that on or about February 22, 2015, Tadge Juechter (Corvette’s Chief Engineer) stated the following, acknowledging GM’s awareness of the overheating problem in the Z06s: “The Z06 Automatic transmission put in “Drive” selects the lowest possible gear ratio for best acceleration, and because it has 8 closely-spaced ratios typically runs higher average RPM than the manual. This optimizes lap time performance, but also taxes the engine oil and coolant more for any given track.

“So, the automatic has the capability to run faster laps than the manual, but thermal limitations are reached more quickly. Customers who are planning to run extended track-day sessions at ‘professional’ speeds, are advised to go with the manual transmission, or to paddle shift the automatic and select higher gears when conditions warrant it. Any time the maximum recommended temperatures are reached in any condition, the DIC will give warnings at the appropriate time.”

The lawsuit comes from the same firm that is leading litigation against GM for its ignition switch defects, as well as an additional suit for its illegal use of emissions-cheating software in Duramax trucks, among others.