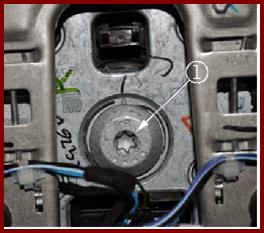 Leaving a bolt out of the Cruze steering wheel surprised at least one driver.

The Chevrolet division of General Motors is recalling 2011 model Chevrolet Cruze compact cars because the steering wheel can fall off. The safety defect comes from a manufacturing problem where the steering wheel was not properly attached to the steering column, according to a recall filing with the National Highway Traffic Safety Administration.

The lack of a steering wheel connected to the front wheels could surprise the driver and result in a crash. At least one 2011 Cruze was returned to a Chevrolet dealership with a detached steering wheel because a bolt had been left out during assembly. As a result, the daughter of a Cruze owner driving on March 14 experienced the separation of the steering wheel from the column. She was able to guide the Cruze to the side of the road without incident and no one was injured.

Changes have now been made to the assembly process so that the tool used to fasten the steering wheel cannot operate if an incorrect part number is read by the tool’s scanner. In the event any repair is needed, this will be performed in a repair station “using the appropriate procedure for documentation and verification,” GM said in the NHTSA filing.