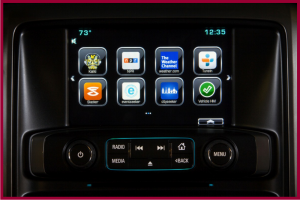 More electronics are coming from all automakers.

The connected car just got faster with high-speed data as 2015 Chevrolet Corvette, Impala, Malibu, and Volt cars will be the first General Motors vehicles to come optionally-equipped with OnStar 4G LTE. The upgrade will allow for voice and high-speed Wi-Fi data services running on AT&T’s network, which is claimed as the nation’s fastest and most reliable. GM said the connections for multiple devices would be more reliable than smartphones. Audi is working on a similar AT&T program with thus far more limited applications announced. Audi and AT&T will offer two data plan options: a 5 GB/ 6-month plan for $99 and a 30 GB/ 30-month plan for $499.

What this does for the deadly distracted driving problem remains to be seen and depends whether the driver or passengers are surfing the web. There is also risk involved; electronics in automobiles are now the largest single source of customer dissatisfaction if there are glitches, dropped voice commands, screen crashes or problems connecting portable devices. There are also large privacy issues, as Ford Motor found out from the backlash  after a top executive, James Farley, said that the company tracks customers and knows where and when customers drive and if they are driving illegally.

After the initial roll out next summer on Equinox, Silverado, Silverado HD, Spark and Spark EV, a majority of the 2015 Chevrolet lineup in the U.S and Canada will have a 4G LTE connection built-in at vehicle launch. More models will be announced later this year. Prices and data plans were not announced the newest, tenth generation of OnStar, a telematics service that debuted in GM vehicles in 1996.