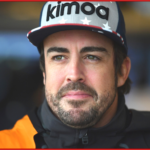 Chevrolet and McLaren have a formidable racing history dating back to the mid-1960s. In 1966, Chevrolet and McLaren appeared in the Can-Am Series – one that makes the current Indy spec cars and their limited aero packages laughable given what was then an all-out racing series – ‘run what you brung.’ Their teams won more than 70% of the races during the next seven years, including 23 in a row from 1968-1970. Given the open spec nature of the series, development was as quick as the cars, and the best Can Am cars were faster than the Formula One cars of the time. The so-called  “Bruce <McLaren> and Denny <Hume >show” was brought to you by a big-block Chevy V8.

The M6A initiated what became McLaren’s control of Can-Am. It was victorious in five of  six races in 1967 with works drivers Bruce McLaren and team-mate and Denny Hulme swapping victories. The M6A was radically different than earlier sports cars with its monocoque chassis and aerodynamic fiberglass body. It was also the first car to race wearing the orange livery – the Brits called it papaya – scheme that became McLaren’s trademark. (It was the color I painted my bug-eyed 1960 Austin Healey Sprite with, ahem, 43 horsepower on a good day downhill).

McClaren Power was from a  6-liter Chevrolet V8 then lyingly under-rated at 530 bhp,with a car that weighed 590kg or 1300 pounds for a horsepower-to-weight ratio of 0.407. During the 1967 race at Mosport Park in Canada, Hulme set a pole position that was 1.6 seconds faster than Jim Clark’s Formula 1 Lotus had set at the same circuit in the Canadian Grand Prix a month earlier. (AutoInformed.com – Aussie Will Power Wins the 102nd Indianapolis 500 for Penske)

The proposed Chevy 2019 Indy engine has powered three Indy 500 winners since its 2012 IndyCar Series introduction. Alonso won F1 championships in 2005 and 2006 and is in sixth place all time in the series with 32 victories and 97 podium finishes.

“It will be a privilege to wear the Bowtie Brand at the 2019 Indy 500,” Alonso said. “Having Chevrolet power behind me means we’re putting ourselves in the best possible position to compete at the front.”

With his win in the 24 Hours of Le Mans earlier this year coupled with his win at Monaco in 2006, Alonso became one of only 13 drivers to win two of the three legs of the Triple Crown of Motorsports (Monaco, 24 Hours of Le Mans and the Indianapolis 500). With a victory in next year’s Indianapolis 500 he would join Graham Hill as the only other driver to complete the triumvirate.

Since Chevrolet’s return to IndyCar Series competition seven seasons ago, drivers powered by the Chevy 2.2-liter V6 engine have captured victories in 73 of 118 races. Chevrolet has won the IndyCar Manufacturer Championship six times and the series’ driver and owner championships five times.

The 2019 Indianapolis 500 is scheduled for Sunday 26 May 2019. Practice begins on Tuesday 14 May 14. Tickets for all Month of May events at the Indianapolis Motor Speedway, including the sixth annual IndyCar Grand Prix and the 103rd Indianapolis 500, are on sale now at IMS.com and the IMS Ticket Office.