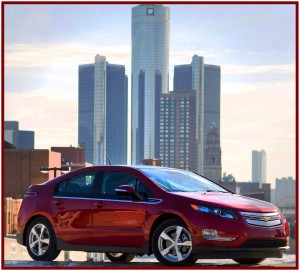 The fire remains the only case of a battery-related fire in a crash or crash test of vehicles powered by lithium-ion batteries.

The National Highway Traffic Safety Administration is investigating a Chevrolet Volt fire because the hybrid went up in flames three weeks after a side impact test was conducted by a NHTSA contractor.

Volt’s battery pack is a lithium polymer design that is considered robust by industry engineers since the technology was originally developed for cell phones, which must withstand being dropped. The polymer separator between the anode and the cathode prevents internal shorting, which can lead to lithium ion battery fires.

Lithium battery safety in a plug-in hybrid, such as Chevrolet Volt, or pure electric automobile, such as Nissan Leaf, is based on a complex series of factors involving not only the battery design, but where it is placed in the vehicle; its discharge and recharge rates; cooling; as well as the software that governs the whole system, including detecting failure modes that cause the computer to disable or shut down the battery.

Nissan has sold more than 8,000 Leaf EVs in the U.S. to date with no reported fires.

“Based on the available data, NHTSA does not believe the Volt or other electric vehicles are at a greater risk of fire than gasoline-powered vehicles,” NHTSA said after Bloomberg broke the story this morning.

The Chevrolet Volt, like Leaf, is a Top Safety Pick by Insurance Institute for Highway Safety an independent group, because it earned the best ratings of good for front, side, rear and rollover protection in its crash tests.

A NHTSA statement read in part:

“NHTSA has carefully investigated an incident involving a fire in a Chevy Volt that occurred more than three weeks after that vehicle had been crash tested as part of the agency’s New Car Assessment Program on May 12 of this year. NHTSA has concluded that the crash test damaged the Volt’s lithium ion battery and that the damage led to a vehicle fire that took several weeks to develop after the test was completed. That incident—which occurred at the test facility and caused property damage but no injuries—remains the only case of a battery-related fire in a crash or crash test of vehicles powered by lithium-ion batteries, despite a number of other rigorous crash tests of the Chevy Volt separately conducted by both NHTSA and General Motors. In the coming weeks, in collaboration with the Department of Energy, NHTSA will conduct additional testing of the Volt’s lithium-ion batteries and will continue to monitor these vehicles—as the agency does with all vehicles on our nation’s roadways—should any safety issues arise.” 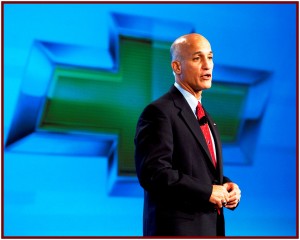 There’s no greater risk of fire with a Volt than a traditional gasoline-powered car.

“First and foremost, I want to make this very clear: the Volt is a safe car.  We are working cooperatively with NHTSA as it completes its investigation. However, NHTSA has stated that based on available data, there’s no greater risk of fire with a Volt than a traditional gasoline-powered car,” according to Jim Federico, General Motors chief engineer for electric vehicles.

NHTSA and General Motors have thus far been unable to duplicate the Chevrolet Volt fire. The contractor apparently didn’t follow the GM recommended procedures to de-power the Volt’s lithium battery after a significant crash. And here’s where the debate begins, when did GM publish the procedure, and what efforts were made to ensure that people crashing Volts were informed? NHTSA says a complete investigation is underway.