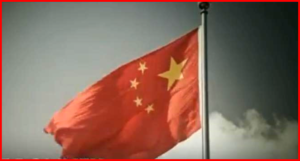 The U.S. State Department is looking out for who?

The Securities and Exchange Commission has filed an emergency action and obtained an asset freeze against eighteen traders in a scheme to manipulate more than 3,000 U.S.-listed securities for $31 million in illicit profits.

The SEC alleges that the traders, primarily based in China, manipulated the prices of thousands of “thinly traded securities by creating the false appearance of trading interest and activity in those stocks, thereby enabling them to reap illicit profits by artificially boosting or depressing stock prices.”

According to the SEC’s complaint, the traders used multiple accounts to place several small sell orders to drive down a stock’s price before using a different set of accounts to buy larger amounts of the stock at the artificially low prices. After amassing their position, the traders placed several small buy orders to push up prices so they could then sell their stock at artificially high prices.

In a parallel action, the U.S. Attorney’s Office for the District of Massachusetts announced criminal charges against two of the traders, Jiali Wang and Xiaosong Wang.

In addition to the asset freeze and other emergency relief obtained, the SEC seeks disgorgement of ill-gotten gains plus interest, penalties, and injunctive relief.

“The SEC appreciates the assistance of the U.S. Attorney’s Office for the District of Massachusetts, the Federal Bureau of Investigation, and the Financial Industry Regulatory Authority.”