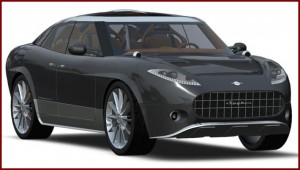 Youngman and Spyker will form Spyker P2P, whereby Youngman will contribute €25 million and hold 75%. Spyker will transfer the technology it developed for the D8 Peking-to-Paris, a $250,000 four-door SUV and hold 25%.

Chinese automaker Zhejiang Youngman will invest Euro €10 million in Spyker and take 29.9% holding of the company. A series of transactions starting next week will involve the purchase of 6.7 million Class A shares of Spyker at €0.05 per, as well as a loan of roughly €3.3 million to the Dutch company. Two new joint ventures to develop and manufacture Saab based vehicles will also being formed. In a statement issued this morning, Youngman said it will not increase its position further and has no intention of taking over Spyker – but that depends on which company you are looking at.

Earlier this month, Spyker filed suit against GM in Detroit, alleging that GM forced  Saab into bankruptcy and then blocked the sale of the company by Spyker to Youngman, which would have ensured Saab’s survival. It wants $3 billion in damages. The pending lawsuit could take years to resolve. GM’s initial response to the court originally due tomorrow has been pushed back 30 days on a routine motion.

Youngman and Spyker will jointly invest in P2P, where Youngman will make a cash contribution of €25 million and hold 75% of the shares. Spyker will transfer the technology it developed for the D8 Peking-to-Paris, a $250,000 four-door SUV as well as the trademarks and as a result hold 25% of Spyker P2P’s shares. 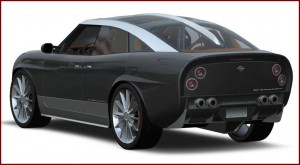 Here, Youngman’s contribution shall be paid in installments along with the development of the D8, with the objective of launching that car by the end of 2014. Additional models on the D8 technology are in theory possible.

Spyker Phoenix – it is promised  – will develop and manufacture a new “full range of premium car models” based on the Phoenix platform. They will be positioned higher than the comparable Saab models were. Spyker Phoenix products “may be manufactured in Europe and China.” Youngman and Spyker agree to provide all the manufacturing technologies owned by each to Spyker Phoenix for its use free of charge.

“With this agreement, many of our original intentions with the Saab brand will still take shape and we are excited to help Spyker further develop its vehicle model range with the D8 and vehicles based on Saab Automobile’s Phoenix platform technology both in China as well as in the rest of the world, ” said Pang Qingnian, CEO Zhejiang Youngman.