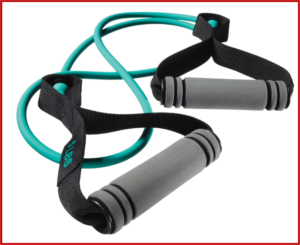 Dick’s Sporting goods is recalling more than 200,000 Chinese-made “Fitness Gear” resistance tubes because they are unfit and can break during use thereby injuring the unwitting exerciser. The latex tubes were sold in blue, gray, green, orange, purple and red with grey handles.

Dick’s is acting irresponsibly here by trying to deliberately try thwart  a safety recall of dangerous goods, AutoInformed suggests run – don’t walk – away from any Dick’s store or mail order site and avoid doing any business with them.