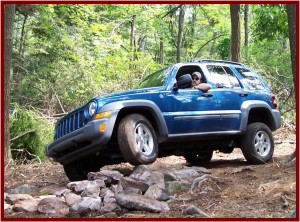 The latest rebuff is consistent with previous Chrysler statements in the evolving safety matter that AutoInformed first reported in February of 2011.

In a statement just issued, Chrysler said that it “does not agree with NHTSA’s conclusions and does not intend to recall the vehicles cited in the investigation.” This rare public response vehemently refuting the allegations is unusual in the normally silent world of corporate product liability lawyers who usually prefer quiet maneuvering out of the public eye.

“The safety of drivers and passengers has long been the first priority for Chrysler brands and that commitment remains steadfast,” said Sergio Marchionne, Chairman and CEO of Chrysler Group. “The company stands behind the quality of its vehicles. All of us remain committed to continue working with NHTSA to provide information confirming the safety of these vehicles.”

The latest rebuff is consistent with previous Chrysler statements in the evolving matter that AutoInformed first reported in February of 2011. (Read Chrysler Challenges Nader, Center for Auto Safety, Disputing Need for a Jeep Grand Cherokee Recall for Rear Impact Fires)

In practice, automaker communications departments are usually silent when media are reporting allegations by critics – including those with unsavory ties to product liability lawyers – about safety matters. Corporate lawyers, playing defense, insist the charges be tried in court, not in the media, where rules of evidence apply and cross examinations are allowed – both legal safeguards that are notably absent during the workings of a press corps that is looking for sensationalist headlines, before moving on to the next controversy.

So the common communication practice includes a bland “we are cooperating statement,” along with “we take safety seriously.” No further comment is then given, since the matter is subject to possible, pending or actual litigation. Often this is interpreted as a cover-up by those predisposed to think that all auto companies are bad.

In its latest statement, Chrysler said the Jeeps “are not defective and their fuel systems do not pose an unreasonable risk to motor vehicle safety in rear-impact collisions. These Jeep vehicles have proven to be safe in operation and the Company’s analysis shows the incidents at the focus of this request occur less than one time for every million years of vehicle operation. (Chrysler’s emphasis.) Additionally, these vehicles met or exceeded all applicable federal motor vehicle safety standards in place at the time they were built.”

Customers who have questions or concerns can call the Chrysler Group’s customer care line at 1-800-334-9200. NHTSA did not immediately respond to requests for comment, its lawyers no doubt considering the next move.

Ken Zino is an auto industry veteran with global experience in print, broadcast and electronic media. He has auto testing, marketing, public relations and communications expertise garnered while working in Asia, Europe and the U.S.
View all posts by Ken Zino →
This entry was posted in auto news and tagged autoinformed, autoinformed.com, cas, jeep fuel system integrity, Ken Zino, nhtsa. Bookmark the permalink.