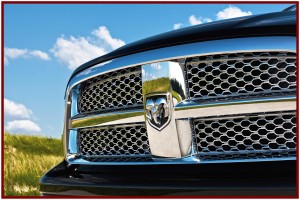 Ram is by far the biggest seller in the Chrysler Group.

Chrysler’s heavy reliance on truck and minivan sales – roughly 75% of total – was a factor as overall truck sales in the U.S. increased 29% in January. What happens in the mid-east could change the outlook.

The Jeep product lineup (+47%), the Dodge Grand Caravan (+82 %) and Chrysler Town & Country (+45 %) minivans, and the Ram pickup truck (+ 22 %) all posted notable year-over-year gains, as January was the 10th consecutive month of sales increases for the Fiat-controlled automaker.

“We have set the foundation for a year of sales growth with our 16 all-new or significantly-revamped models for 2011,” said Fred Diaz, President and CEO – Ram Truck Brand and Lead Executive for U.S. Sales.

On Monday Chrysler announced it is now making an operating profit, and is ahead of many of the assumptions of the business plan announced in November of 2009 after it emerged from bankruptcy. However this progress is overwhelmed on the balance sheet by liabilities of $13.1 billion, with $1.3 billion in interest costs.

“We will be bottom line profitable in 2011,” said Sergio Marchionne, CEO, at the time, who also confirmed that bonuses would be disclosed next week for UAW hourly employees even though they increased the 2010 loss.

Key to achieving this will be strong sales growth of Jeep internationally, and an increase of roughly 2% market share in the U.S. to 1.6 million units up from 1.09 million in 2010.