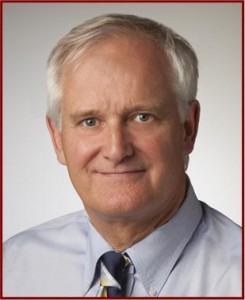 David Champion is actually returning to a job at Nissan.

Nissan today announced the hiring of the Consumer Reports Auto Test Center Senior Director, David Champion, for a newly created position of executive adviser, competitive assessment and quality. Champion starting in September will report to Steve Monk, director, vehicle evaluation and testing, and he will be based at Nissan’s Arizona Testing Center, Nissan said in a statement. The independent CR is said to influence at least 20% of all new vehicle purchases in the U.S., which makes it arguably the most influential force in the new car market.

Nissan, the Number Two Japanese automaker, is launching five new vehicles in 15 months,  and its quality reputation is  decidedly uneven. Consumer Reports rated 13 of 25 Nissan and Infiniti models this year as recommended buys. The latest J.D. Power Vehicle Dependability report has both Nissan and Infiniti well below industry average.  Today NHTSA announced a recall of  Infiniti JX35 models for unexpectedly running out of gas.

Champion starting in September will report to Steve Monk, director, vehicle evaluation and testing, and he will be based at Nissan’s Arizona Testing Center. Champion’s hiring is in fact a return to Nissan, where he served as a quality assurance engineer from 1994 to 1997.

Prior to his roles at Consumer Reports and Nissan, Champion was a principal engineer at Land Rover of North America, where he established remote test facilities throughout the United States and Canada. Champion earned dual bachelor’s degrees at University of Aston, Birmingham, England, in mechanical engineering and metal and material science.

Consumers Union, the owner of Consumer Reports, did not immediately respond to a request for comment by AutoInformed, but wire services are saying that two CR engineers, Jennifer Stockburger and Jake Fisher, have been promoted to take over testing.