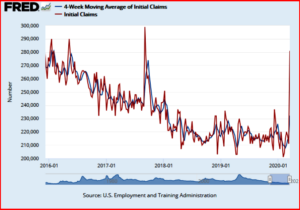 Goodwood is postponing (26 March) the Festival of Speed to later this year from its original July 9-12 and is currently exploring potential alternative dates for late summer or early autumn. Tickets already purchased for this year’s event will remain valid for the new date.

Aston Martin is (24 March) confirming the temporary suspension of all manufacturing operations at its UK plants in line with the latest UK Government instructions on the fight against COVID-19. The suspension will come into force at all sites simultaneously tonight.

Arcimoto suspends electric vehicle production in Oregon today (19 March) of the Fun Utility Vehicle through 17 April 2020. The company will maintain a work-from-home staff for critical operations, including compliance and reporting, research and development, customer service, and deployment of the company’s recently-launched Rapid Responder and Deliverator pilot vehicles to potential fleet operators.

Aston Martin has “taken the decision (18 March) to close our facilities to all visitors, so if you were planning a factory tour at Gaydon for example, please contact your Aston Martin Dealer who will confirm when we have re-opened the factory for visitors.  We have also postponed or cancelled our upcoming F1experiences and Art of Living events, if you were planning to join us our team will be in touch in the coming days to confirm next steps…. many Aston Martin dealerships are choosing to cancel face to face appointments.

Bentley Motors will suspend production from today (20 March) at its Crewe, UK, factory headquarters for four weeks. Core business functions will continue throughout the shutdown with colleagues either based in Crewe, following social distancing policies, or working remotely. Production will not start again until 20 April.

Circuit of the Americas  – MotoGP Grand Prix of the Americas will be postponed until November 15  IndyCar canceled its April 26 race in Austin. The Formula 1 race scheduled for October may not occur.

Cooper Tire & Rubber Company (NYSE:CTB) announced on Friday 21 March that it will shut down its manufacturing facilities in the United States and Mexico to protect the health and safety of employees and respond to market demand that has been declining by the coronavirus pandemic as the U.S. heads into a recession.

Daimler Group suspended the majority of its production in Europe, as well as work in selected administrative departments, for an initial period of two weeks on 17 March. An extension of this halt will depend on further developments. Wherever operations need to be continued, the company will take appropriate precautions to prevent the infection of its employees.  The suspension applies to Daimler’s car, van and commercial vehicle plants in Europe.

Fiat Chrysler Automobiles N.V. (NYSE: FCAU / MTA: FCA) (“FCA”) announced that its subsidiaries FCA Italy and Maserati will temporarily suspend production across the majority of their European manufacturing plants. The updated production plan will temporarily close the following facilities with effect for the month of March:

Ford North America: “In light of various governments’ orders to stay and work from home, Ford is not planning to restart our plants in the U.S., Canada and Mexico on Monday, March 30 as originally hoped.” Statement 24 March.

Ford Stops Production in India, South Africa, Thailand and Vietnam – its International Markets Group (IMG) manufacturing sites in response to the growing impact of the coronavirus. It did not say if workers will be paid in these low-wage areas. (23 March)

The 25th Anniversary edition of the Greenwich Concours d’Elegance has been canceled due to coronavirus health concerns, Hagerty announced today 16 March. Anyone who has purchased a ticket to the 2020 event, originally scheduled for May 30-31 at Roger Sherman Baldwin Park, will receive a full refund through Showclix.com within 7-10 business days.

IndyCar and the Indianapolis Motor Speedway 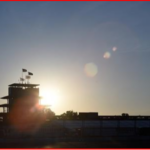 “Our priority is to still run the 104th Indianapolis 500 as scheduled on May 24.” (slim chance tone-deaf IndyCar – editor)

“This continues to be a dynamic situation which we are monitoring constantly in coordination with federal, state, local and public health officials. We are planning for all contingencies and will be prepared to run the GMR Grand Prix and Indy 500 as the COVID-19 situation permits.”

Maserati says its Brand relaunch event “MMXX: The Way Forward”, originally planned for May 2020, has been postponed to September in light of the current situation. As previously stated, the event will be held in Modena and will inaugurate the Brand’s new Era.

NASCAR is currently postponing all race events through May 3rd, with plans to return racing in Martinsville. “We intend to hold all 36 races this season, with future rescheduling soon to be determined as we continue to monitor this situation closely with public health officials and medical experts.”

Nissan (18 March) announced that it will temporarily suspend production of its manufacturing facilities in the U.S. starting March 20 through April 6.

Renault’s Board of Directors is postponing (25 March) the Annual General Meeting of shareholders scheduled for 24 April 2020 to a future date in May or June.

Ken Zino is an auto industry veteran with global experience in print, broadcast and electronic media. He has auto testing, marketing, public relations and communications expertise garnered while working in Asia, Europe and the U.S.
View all posts by Kenneth Zino →
This entry was posted in economy, environment, manufacturing, people and tagged auto industry commentary, autoinformed.com, COVID-19 Closings, Kenneth Zino. Bookmark the permalink.