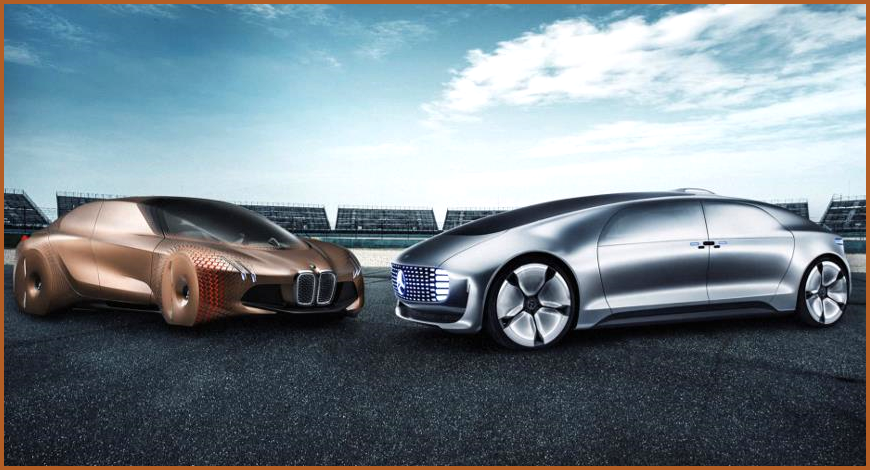 Missing in the photo are the customers. Will they ever appear in large enough numbers to justify the billions of shareholder capital being spent?

In the unknown, but ruinously expensive pursuit of automated and autonomous driving vehicles, Daimler AG and BMW Group are the latest examples of successful traditional automakers attempting to hedge their bets and mitigate risk. Toward that end, a long-term strategic cooperation is now planned by the Germans on the expansion of next generation of technologies for driver assistance systems and highly automated driving on highways (SAE Level 3 and Level 4) with the corresponding bit and bytes market ready by mid-2020s.

The list of potential anti-trust candidates is growing. Toyota and Uber, GM and Honda,  Ford and Volkswagen all all pursuing joint development projects on large scales.  (SAE Autonomous Driving Levels, Significant Automotive Stories and Trends of 2018 and 2019)

The vague but ambitious Daimler/BMW goals are an unspecified “flexible platform and shorter innovation cycles.” Whether that means platform in the traditional automotive blacksmithing sense, and/or software and software directed servo items remain to be seen. The two luxury companies announced a Memorandum of Understanding today jointly develop this technology, which they claim is key for future mobility.

“Instead of individual, stand-alone solutions, we want to develop a reliable overall system that offers noticeable added-value for customers,” says Ola Källenius, Member of the Board of Management of Daimler AG, responsible for Group Research and Mercedes-Benz Cars Development, “Working with the right partners, we want to make significant advances in enhancing the performance of this technology and bring it safely on the road.”

The planned cooperation offers the Daimler AG and BMW Group several obvious  and oft-claimed advantages: the experience of the individual partners and a scalable architecture should speed up and streamline the development of future technology.

AutoInformed readers might remember that these once indisputable auto technology giants completely missed the hybrid technology that augmentin 500 mg Toyota perfected, which propelled to leadership as a “green” car company position that it arguably holds to its this day. Such JVs are always positioned, but not necessarily fulfilled, this way. Besides the synergies, new technologies “will be faster to market, with shorter innovation cycles.”

With Levels 3 and 4 enabling automated driving on highways, the Germans plan to discuss the possibility of extending their collaboration to cover higher levels of automation, both on highways and in urban areas.

The development of current-generation technologies and ongoing collaborations of the two companies will remain unaffected and continue as before. As a further hedge of the hedge, “the Daimler AG and BMW Group will also explore additional partnerships with other technology companies and automotive manufacturers that could contribute to the success of the platform.

1 Response to Daimler and BMW JV on Automated Driving Technologies