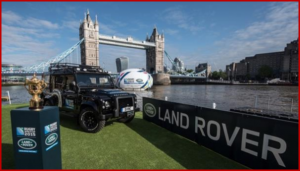 The Mayor wants to help restore public confidence following the ‘dieselgate’ scandal, in which many Londoners wrongly brought ‘cleaner’ cars in good faith but later found out they had dirty polluting engines because of defeat devices or the official testing process not reflecting emissions in ‘real world’ conditions.

The world’s first Cleaner Vehicle Checker will provide an independent rating of nearly all new Euro 6 standard cars and many vans being sold in UK showrooms in London. The checker can be accessed at www.london.gov.uk/cleaner-vehicle-checker and is easy to use: consumers just need to type in details of a new vehicle model to find out how it performed in the independent tests.

The scheme will empower consumers, who have previously had no way of knowing whether a vehicle is performing as intended when driven in ‘real world’ conditions. Today’s launch coincides with a roadside testing program with the TRUE Initiative (whose members include the FIA Foundation and ICCT), which will monitor emissions from older cars currently driven on London’s roads. This data will be used to create a further ‘Used Vehicle Checker’ function in 2018.

The type of car Londoners choose to buy can make a big difference to the level of pollution in the capital.  The Cleaner Vehicle Checker will rate new (euro 6 standard cars)  on a scale of A+ (best) to H (worst) based on the level of NOx emissions they produce on the road.

London’s businesses and local authorities will also be able to use a customized ‘Fleet Check’ service to learn more about the emissions performance of their car and van fleets. By providing details online, operators can identify their most polluting vehicles and consider ways to replace these with much cleaner options as part of their procurement.

The Mayor of London, Sadiq Khan, said: “ We are days away from the start of the new T-Charge in central London and with sales of diesel cars falling, motorists are more aware than ever about the pollution levels of the cars they drive. Our toxic air is a shameful health crisis and London motorists deserve to know how much filthy emissions new cars may produce before they purchase them.

“The Cleaner Vehicle Checker will help provide the accurate and independent information Londoners need to make informed choices and opt for cleanest vehicles. This scheme shows how the combined efforts of academic, engineering and health experts can join together to help consumers and ultimately help improve air quality,” said Khan.

Vehicles will be subjected to robust and independent emissions tests provided by Emissions Analytics through Portable Emissions Measurement Systems (PEMS) and the International Council on Clean Transportation  (ICCT)  through roadside testing to scrutinize the performance of vehicles.

Emissions Analytics – a well-respected independent vehicle testing company – has developed the EQUA Index database of ‘real world’ emissions based on urban driving environments for the majority of new cars sold in the UK, France and other European countries. It has conducted extensive ‘real world testing’ on around 900 models of vehicles in Europe.

Nick Molden, Chief Executive Officer of Emissions Analytics, said: “The decision to use PEMS and real-world emissions data to identify the genuinely cleanest cars is a hugely important step in tackling the issue of urban air quality. London is leading the way in taking this common-sense approach and the EQUA Index ratings, as part of the Cleaner Vehicle Checker, will help car buyers make informed decisions, rather than simply replying on inaccurate official figures.”

ICCT is the organization that said Volkswagen had used so-called ‘defeat devices’ to pass official emissions tests. It is recognized as an international leader in vehicle emissions testing.

Drew Kodjak, Executive Director if the ICCT said: “London’s action to publicize the real-world emissions of the vehicles being driven on their streets should inspire other cities as they battle the same urban air quality issues. I’m happy that ICCT is able to support London’s important work in this area. Our collaboration with FIA Foundation, C40 Cities and others on in-use emissions measurement and reporting in The Real Urban Emissions (TRUE) initiative will bring an unprecedented and badly needed transparency to this critical environmental and public health issue.”