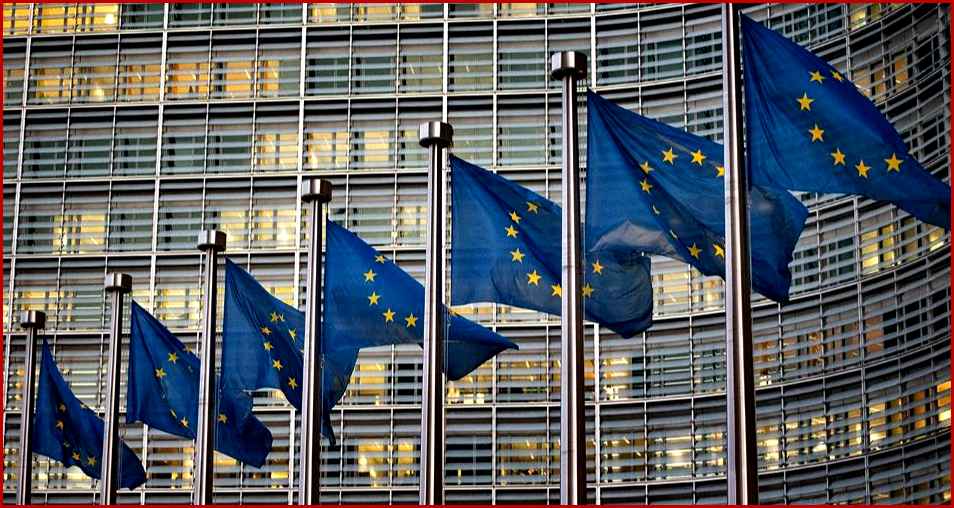 All that’s missing in the photo is a cloud of diesel exhaust and the stench of corruption?

The European Commission in its ongoing antitrust proceedings into German automobile manufacturers over various aspects of  the fraud and malfeasance that was bought to light by the Volkswagen diesel emission cheating scandal is opening a formal investigation into possible collusion between BMW, Daimler and the VW group on clean emission technology.

The EU maintains that Volkswagen, Audi, Porsche colluded, in breach of EU antitrust rules, to avoid competition on the development and roll-out of technology to clean the emissions of gasoline and diesel passenger cars.

The further probing of talks held by working groups of German automobile manufacturers – among other things –  has brought forth the usual (weak since you are dealing with some proven liars?) denials from the German automakers that they flouted the law by establishing agreements on use of unlawful defeat devices.

Commissioner Margrethe Vestager, in charge of competition policy, said: “The Commission is investigating whether BMW, Daimler and VW agreed not to compete against each other on the development and roll-out of important systems to reduce harmful emissions from petrol and diesel passenger cars. These technologies aim at making passenger cars less damaging to the environment. If proven, this collusion may have denied consumers the opportunity to buy less polluting cars, despite the technology being available to the manufacturers.”

In October 2017, the Commission carried out inspections at the premises of BMW, Daimler, Volkswagen and Audi in Germany as part of its initial inquiries into possible collusion between car manufacturers on the technological development of passenger cars.

The Commission’s in-depth investigation focusses on information indicating that BMW, Daimler, Volkswagen, Audi and Porsche, also called the “circle of five”, participated in meetings where they discussed inter alia the development and deployment of technologies to limit harmful car exhaust emissions.

Specifically, the Commission is assessing whether the companies colluded to limit the development and roll-out of certain emissions control systems for cars sold in the European Economic Area, namely:

The in-depth investigation will aim to establish whether the conduct of BMW, Daimler and VW may have violated EU antitrust rules that prohibit cartels and restrictive business practices, including agreements to limit or control technical development (Article 101 of the Treaty on the Functioning of the European Union).

At this stage, the Commission has no indications that the parties coordinated with each other in relation to the use of illegal defeat devices to cheat regulatory testing.

The Commission will carry out its in-depth investigation as a matter of priority. The opening of a formal investigation does not prejudge its outcome.

The Commission’s formal investigation concerns solely the emissions control systems. These were only some of the issues discussed by the “circle of five”. Numerous other technical topics were discussed, including:

The “circle of five” also had discussions on the maximum speed at which the roofs of convertible cars can open or close, and at which the cruise control will work.

Cooperation also extended to the area of crash tests and crash test dummies where the car companies pooled technical expertise and development efforts to improve testing procedures for car safety.

At this stage the Commission says it does not have sufficient indications that these discussions between the “circle of five” constituted anti-competitive conduct that would merit further investigation.

EU antitrust rules leave room for technical cooperation aimed at improving product quality. The Commission’s in-depth investigation in this case concerns specific cooperation that is suspected to have aimed at limiting the technical development or preventing the roll-out of technical devices.

Article 101 of the Treaty on the Functioning of the European Union prohibits agreements and concerted practices which may affect trade and prevent or restrict competition. The implementation of this provision is defined in the Antitrust Regulation (Council Regulation No 1/2003), which can also be applied by national competition authorities.

Article 11(6) of the Antitrust Regulation provides that the opening of proceedings by the Commission relieves the competition authorities of the Member States of their competence to also apply EU competition rules to the practices concerned. Article 16(1) further provides that national courts must avoid giving decisions which would conflict with a decision contemplated by the Commission in proceedings that it has opened.

The Commission has informed the companies concerned and the competition authorities of the Member States that it has opened proceedings in this case.

There is no legal deadline for bringing an antitrust investigation to an end. It depends on a number of factors, including the complexity of the case, the extent to which the companies concerned co-operate with the Commission and the exercise of the rights of defense.