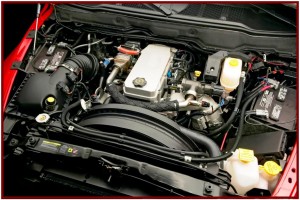 The diesel passenger car in the U.S. remains rare – less than 1% share of the market.

The projection recognizes that the European Union, Japan, and the United States have implemented stringent light duty vehicle emissions regulations covering diesel vehicles as well as diesel fuel. However, demand for diesel cars is primarily the result of their fuel economy.

“A diesel vehicle typically gets 20% to 40% better fuel economy than a comparable gasoline car,” said Lisa Jerram of Pike Research. “This factor, along with favorable tax treatment for diesel fuel, has made diesel cars tremendously popular in Europe, where they have accounted for around 50% of LDV sales over the past several years. Due to Europe’s very high fuel prices, the price premium of a diesel car can be paid off quickly.”

North America, of course, has been a weak market for diesels.  Pundits claim that this is largely due to low gasoline prices in the United States. The disastrous introduction of diesel engines in GM cars decades ago is also a factor sometimes cited. Often ignored is a growing body of research that affirms the cancer causing properties of diesel exhaust.

Pike claims that the growth of diesels will be especially strong in North America during the coming years, with annual sales volumes expected to increase from 282,000 vehicles in 2012 to 928,000 by 2018. Due to emissions regulations in the United States and Canada, all of these vehicles will be so called ‘clean diesels.’

Pike’s analysis indicates that many countries with strong diesel car markets do not yet have such emissions regulations in place, and therefore in the long term, tremendous upside potential exists for growth in the clean diesel market as additional regulatory measures are implemented around the world.