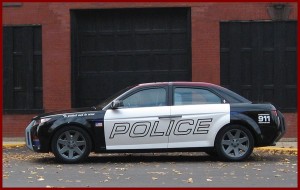 Squealing of corporate pigs when feeding at the taxpayer trough was stopped?

The U.S. Department of Energy (DOE) has told Carbon Motors that it will reject its $310 million application for a loan to build police cars under the controversial Advanced Technology Vehicle Manufacturing (ATVM) program. Critics were questioning Carbon’s proposed use of imported BMW diesel engines, among other issues. There were also deeper philosophical concerns as to why U.S. taxpayers should in effect be competing against themselves after they spent $80 billion to bail out GM and Chrysler under TARP, as well as giving almost $6 billion in subsidies to Ford Motor via the same DOE program. All the existing Detroit Three automakers have long-standing police car programs, of course.

The ATVM program, established by the Bush Administration and continued under Obama’s, has become an issue in the 2012 presidential election particularly among Republicans in Congress since the bankruptcy of solar-panel maker Solyndra last fall and the default on its $535 million DOE loan. At least two other ‘green’ company startups have failed after receiving taxpayer money through the DOE at a time of record deficits.

Most recently, DOE put on hold a 2010 loan authorization of $529 million for Fisker after the loss-making EV company drew about $190 million from taxpayers. The spent money was used mostly for the design and development of the Karma EV, but part of the loan was for redeveloping a closed General Motors plant in Wilmington, Delaware – home state of vice president Joe Biden. This was supposed to help build a delayed small electric car, code named Nina – that has yet to appear and still might go the way of the unicorn, so DOE pulled the money plug. Promised were 2,000 autoworker jobs building 100,000 units per year at a 3.2 million square-foot factory.

“We are outraged by the actions of the DOE and it is clear that this was a political decision in a highly-charged, election year environment,” said William Santana Li, chairman and chief executive officer, Carbon Motors Corporation.

“Since Solyndra became politicized last fall, the DOE has failed to make any other loans under the ATVM program, has pulled back one loan that it previously committed and, as of this month, the DOE has pushed aside the three remaining viable loans under active consideration,”

Carbon Motors promised the creation of 1,500 jobs at a former Ford Visteon plant in Indiana. Carbon aslso claimed that its police car would be up to 40% more fuel-efficient than existing designs. Whether Carbon is viable with or without taxpayer largesse is debatable.

Nevertheless, General Motors, Chrysler, Next Auto, Aptera, Bright Automotive and Carbon Motors all have been rejected post-Solyndra by DOE, which did not immediately respond to AutoInformed’s request for comment.

How you view this depends on what you think of the role of government – if any – in nurturing the U.S. economy and promoting energy independence, among other thorny issues. Herewith, two, admittedly simplified interpretations:

And of course there remains another real issue about whether there is much, if any thinking behind the proper role of government subsidies, but don’t look for that debate in the sound-bite campaign now under way.