Garlits at work in the old nitro methane days.

Back in a rail and racing for the first time since in 16 years, “Big Daddy” Don Garlits missed his 200-mph goal on Saturday night at Palm Beach International Raceway. However, the legendary drag-racer still set a new world record by reaching 189.03 mph with an electric dragster on the quarter-mile strip. (Don Garlits, 87, in Swamp Rat 38 Electric Rail Tries for 200 MPH Quarter Tomorrow at Palm Beach International Raceway) 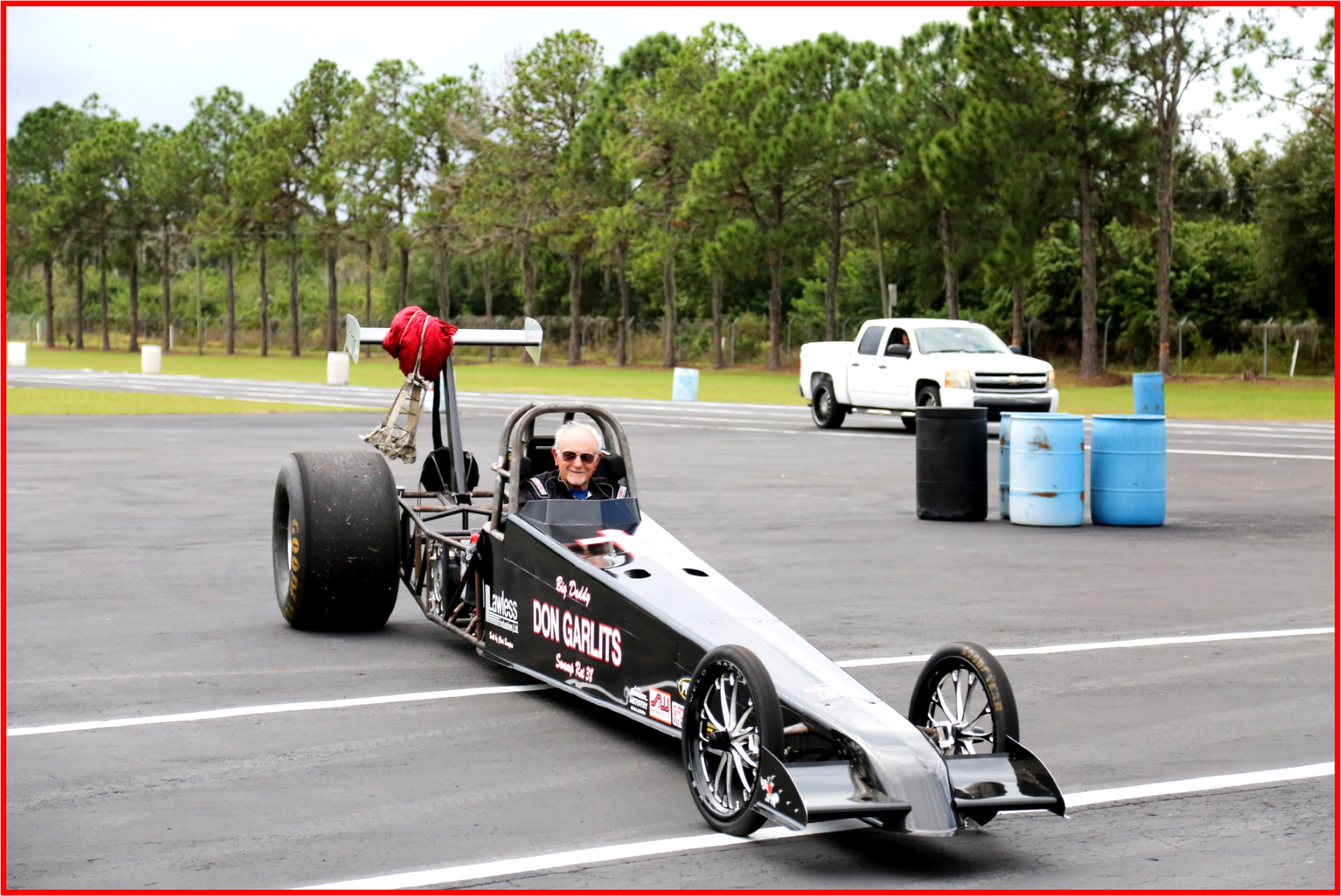 Largely known among the smoky burnout set as the most innovative person in drag racing history with his series of Swamp Rat dragsters, the Florida native has earned 17 World Championship titles and is the owner of 144 national-event wins. His record-breaking Swamp Rat 30 is in the Smithsonian Museum of American History.