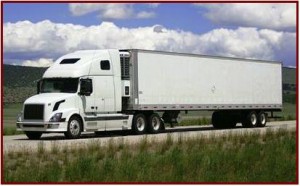 Another half-step on distracted driving or progress?

Almost 5,500 people died and half a million were injured in crashes involving a distracted driver in 2009. Distraction-related fatalities represented 16% of overall traffic fatalities in 2009, according to National Highway Traffic Safety Administration (NHTSA) research.

The DOT rule falls far short of a recommendation in September from the National Transportation Safety Board (NTSB) to ban the use of all cell phones – hand-held or hands-free – by commercial drivers except in emergencies. NTSB made the recommendation after a horrific crash between an 18-wheeler and a van killed 11 people. The driver of the larger truck made four calls in the minutes leading up to the crash, making the last call at the time of the accident. (See NTSB Wants Cell Phone Ban for Commercial Drivers)

“When drivers of large trucks, buses and hazardous materials take their eyes off the road for even a few seconds, the outcome can be deadly,” said Transportation Secretary Ray LaHood. “I hope that this rule will save lives by helping commercial drivers stay laser-focused on safety at all times while behind the wheel.”

In September 2010, FMCSA issued a regulation banning text messaging while operating a commercial truck or bus and PHMSA followed with a companion regulation in February 2011, banning texting by intrastate hazardous materials drivers.

Many of the largest truck and bus companies, such as UPS, Covenant Transport, Wal-Mart, Peter Pan and Greyhound already have company policies in place banning their drivers from using hand-held phones. However, the use of hands-free phones is commonplace not only by truck drivers, but all drivers on U.S. roads.