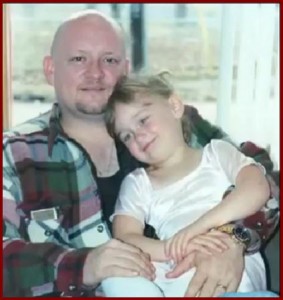 John T. Gordon from Marion, Ohio is the subject of the latest story from U.S. Department of Transportation’s “Faces of Distracted Driving” series. Gordon was a law enforcement officer and father to an 11-year-old boy and a 7-year-old girl. On 18 May 2008, John was riding his motorcycle on Ohio State Route 4 when a young man driving a truck swerved into oncoming traffic. John was struck and died instantly. Records later showed that the driver was using his cell phone at the time of the crash.

In 2010, more than 3,000 people died in crashes related to distracted driving. The National Safety Council in its State of the Nation 2012 report  said there has been slow improvements made combating cell phone use while driving. In the three years since NSC first called for a nationwide ban on all phones, there has been some legislation and increased enforcement, as well as changes in corporate policy, public perception and monitoring technology. Yet the problem persists and the use of  automotive electronics is growing at exponential rates. The National Safety Council estimates 1.3 million crashes, or 23% of all crashes, now involve distracted drivers using cell phones.

“Before our son was killed, I never thought about people using their cell phones while driving. But now, I see it everywhere,” said Gordon’s mother, Lois Gordon. “The birthdays, the holidays, our son walking his daughter down the aisle – we’re missing all of these moments because of something as insignificant as a cell phone.”

Faces of Distracted Driving is a video series that tries to raise awareness about the potentially tragic consequences of texting and using cell phones while driving by sharing the stories of families who have been affected by what DOT calls a deadly epidemic. See www.distraction.gov/faces

Ken Zino is an auto industry veteran with global experience in print, broadcast and electronic media. He has auto testing, marketing, public relations and communications expertise garnered while working in Asia, Europe and the U.S.
View all posts by Ken Zino →
This entry was posted in auto news, distracted driving, safety. Bookmark the permalink.