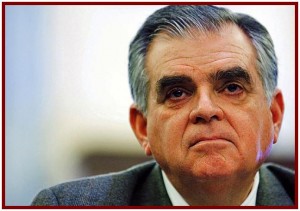 At an event marking the one-year anniversary of FocusDriven, the first national nonprofit organization dedicated to advocating for victims of distracted driving, U.S. Transportation Secretary Ray LaHood today reaffirmed his commitment to putting an end to the deadly epidemic of distracted driving.

Congress has prohibited DOT from enacting national regulations governing driving behavior, so LaHood can do little about it except use his “bully pulpit” to address the growing issue, which has been called repeatedly an epidemic by safety advocates.

This week was different. Joined by family members of distracted driving victims, including FocusDriven President Jennifer Smith, and representatives from Safeway and the Network of Employers for Traffic Safety (NETS), Secretary LaHood unveiled a number of new public education initiatives and discussed the important leadership role businesses play in promoting safe driving behavior.

DOT statistics show distracted driving accidents are currently responsible for about 5,500 deaths and more than 500,000  injuries each year. The DOT also thinks the actual number is greater. Automakers and electronics firms nonetheless are rushing more and more applications to market – including voice mail, texting and web access – that are enabling the growing problem.

“Distracted driving is a deadly epidemic and when it comes to road safety, we will not take a backseat to anyone,” said Secretary LaHood. “That’s why distracted driving will continue to be a major part of DOT’s robust safety agenda. Together with advocates like FocusDriven and NETS, and employers like Safeway, we can put an end to this deadly behavior and save lives.”

To show the devastating, real-life effect of distracted driving, the Department unveiled the latest in its “Faces of Distracted Driving” video series, which explores the tragic consequences of texting and cell phone use while driving. The video has people from across the country who have been injured or lost loved ones in distracted driving crashes.

This week’s video features 17-year-old Emily Reynolds. Emily’s older sister Cady was killed in 2007 when a teen driver texting on her cell phone struck Cady’s car in Omaha, Nebraska. To watch, or find out how to submit a video, visit: www.distraction.gov/faces.

“In our new PSA, we want to remind people that each and every distracted driving fatality is someone’s loved one, and that person’s family is in tremendous pain,” said Smith. “Our new campaign will urge the public to put down the phone and focus on the drive. We cannot wait until others are killed or injured to take action. The statistics show that it’s no longer ‘if’ someone you know will be affected by distracted driving, it’s ‘when.’”

On the employer side, Shannon Campagna, Vice President of Federal Government Relations for Safeway grocery stores, spoke about the company’s decision to institute an anti-distracted driving policy for all Safeway truck drivers. The policy prohibits Safeway’s 1,525 truck drivers from talking or texting on cell phones, or from using hands-free devices while driving.

Of the 4,690 unique organizations that downloaded the NETS electronic tool kit, 88% currently have or expect to have a cell phone policy in place within the next 12 months.