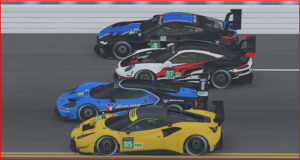 Soon we can simulate the drivers too…

The real – or is that original – Mobil 1 Twelve Hours has been rescheduled to the weekend of Nov. 11-14, but IMSA will simulate action from Sebring International Raceway via an iRacing 90-minute online affair with drivers playing video racing.

Starting at 2:30 p.m. ET, the race will be streamed live on iRacing’s Twitch channel and the iRacing eSports Network on YouTube. The commentary team will include the voice of IMSA Radio’s John Hindhaugh.