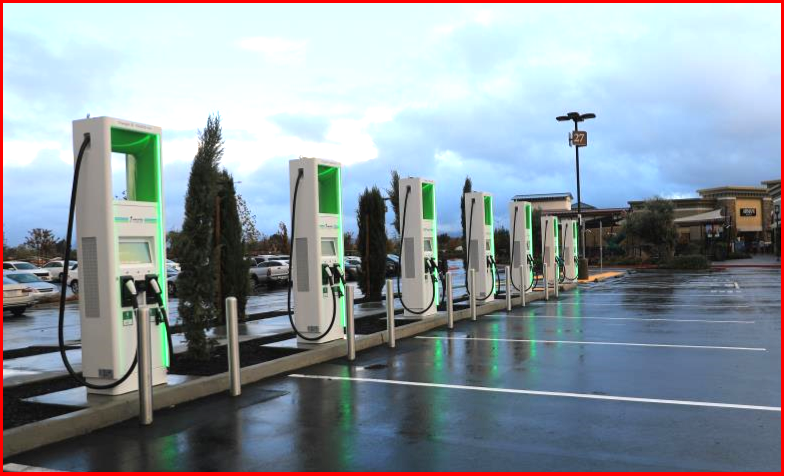 Hubject’s North American based V2G Root and Certificate Authority is the first of its kind here and the second system globally, based on its established European system.

Electrify America and Hubject today announced a simplified system for electric vehicle charging (EV) called “Plug&Charge.” Drivers will no longer need to reach for a wallet, smartphone or bankcard because the scheme enables EV drivers to simply plug their vehicle into a charger for the  session to begin automatically.

By offering the Plug&Charge in North America, drivers using Electrify America stations will have faster charging session authentication and authorization. The new system will be fully operational in 2020, when Plug&Charge-compatible EVs are projected to be available to customers.

The system, operated by Hubject, is a key component in implementing “Plug&Charge” technology, using the ISO 15118 standard across Electrify America’s network. ISO 15118 is an international standard that outlines the secured communication protocol that an electric vehicle and charging station should use to recharge the EV’s battery. It enables the simplified charging functionality for the most prevalent EV charging connector type, the so-called Combined Charging System (CCS).

“The Plug&Charge technology will streamline Electrify America’s charging experience,” claimed Cliff Fietzek, director of technology at Electrify America. “We work every day to offer current and future EV owners advanced technologies in charging to help make electric vehicle ownership a reality for both their local and long-distance mobility needs.”

EA claims this is a significant step toward making public charging easier for EV drivers by increasing the number of end-to-end services handled by the new North America based ecosystem. The system uses the processes and procedures developed in tandem with security experts to enable encrypted, convenient and fast Plug&Charge functionalities across North America.

Hubject’s North American based V2G Root and Certificate Authority is the first of its kind and the second system globally, based on Hubject’s already established European system. It will enable encrypted communication for customer charging in North America.

“Using ISO 15118 as the basis of charging technology innovation also enables many more future-proof features such as smart charging and bi-directional charging,” said Carsten Puhl, CTO of Hubject GmbH. “These energy management features will be necessary as the number of EVs on the road will be growing faster than the ability to increase energy production in the coming years. Adding a North American based V2G Root for Plug&Charge helps us to securely service our clients on a global basis.”

Electrify America LLC, the largest, open and brand-neutral DC fast charging network in the U.S., is investing $2 billion over 10 years in Zero Emission Vehicle (ZEV) infrastructure, education and access. Electrify America expects to install or have under development approximately 800 total charging station sites with about 3,500 chargers by December 2021. During this period, the company will be expanding to 29 metropolitan areas and 45 states, including two cross-country routes, delivering on its commitment to support increased ZEV adoption. For more information, visit www.electrifyamerica.com.

Hubject through its eRoaming platform, called intercharge, connects Charge Point Operators or CPOs and eMobility Service Providers or EMPs,  by providing standardized access to charging infrastructure regardless of any network. With more than 200,000 connected charging points and more than 600 B2B partners across 28 countries and four continents, Hubject has established the world’s largest cross-provider charging network for electric vehicles by connecting CPO networks. In addition, Hubject is a “consulting partner in the eMobility market with Plug&Charge using ISO 15118.” Hubject says it promotes eMobility and its advancement worldwide.

Founded in 2012, Hubject is a joint venture of the BMW Group, Bosch, Daimler, EnBW, Enel X, innogy, Siemens, and the Volkswagen Group. Hubject’s headquarters is located in Berlin, with subsidiaries in Los Angeles and Shanghai. See www.hubject.com