Energy Research to be Coordinated by Three Federal Agencies 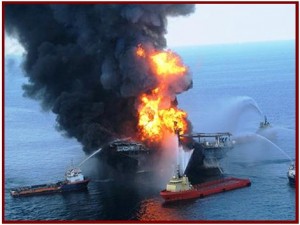 It will take a long time to reverse decades of decline and damage to the Gulf ecosystem from the results of this unconventional energy exploration.

The Obama Administration is calling for the coordination among federal agencies of research on “Unconventional Natural Gas and Oil.” Under an executive order released late last week, a new Interagency Working Group was formed to Support Safe and Responsible Development of Unconventional Domestic Natural Gas Resources.

In a public relations move that clearly has political value during an election year with skyrocketing energy prices, the U.S. Department of Energy, Environmental Protection Agency and Department of the Interior are supposed to work together “to ensure that continued expansion of natural gas and oil production happens safely and responsibly.”

A primary goal of this new effort will be to identify research topics “where collaboration among the three agencies can be most effectively and efficiently conducted to provide results and technologies that support sound policy decisions by the agencies responsible for ensuring the prudent development of energy sources while promoting safe practices and human health.”

Surely, a secondary goal is keeping the main members of the Obama Administration from losing their jobs in November, with the political calculation that environmentalists will not vote Republican while far more numerous Americans will vote their pocketbook.

Critics, and there likely will be many more in the days ahead, will ask what the agencies were doing before the press release? Supporters will say that since 2008, U.S. oil and natural gas production has increased each year, reaching in 2011 its highest level in eight years to 5.59 million barrels per day.

It’s also true that U.S. natural gas production grew in 2011 as well – the largest year-over-year volumetric increase in history – topping the previous all-time production record set in 1973. Overall, oil imports have been falling since 2005, and oil import dependence declined from 57% percent in 2008 to 45% in 2011 – the lowest level since 1995.

Whether the government had anything to do with this or simply that rising prices combined with new technology made for the increases is a part of a contentious debate.