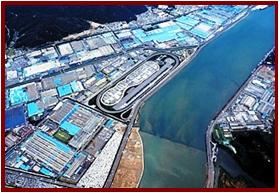 A costly, image damaging coverup for the Hyundai and Kia brands. They are running a reimbursement program for owners to cover additional fuel costs from bogus mpg ratings. Fines and lawsuits could add to the expense.

The U.S. Environmental Protection Agency (EPA) today announced that Hyundai Motor America and Kia Motors America will lower their fuel economy (mpg) estimates for the many of their model year 2012 and 2013 vehicles after EPA testing found “discrepancies” between agency results and data submitted by the company. Hyundai was already embroiled in lawsuits over its mileage claims. Its legal position is likely now considerably compromised.

The fraud produced mileage claims that could be as much as 6 mpg higher than EPA tests showed. About 900,000 vehicles are affected in the largest mileage scam in history, including the best selling Kia Optima and Hyundai Elantra sedans. Both makers heavily advertise and promote fuel economy as cornerstones of their brands, of course. Moreover, Hyundai has knocked other automakers for having an asterisk in their advertising since only some the models got the best mileage in the ad. Hyundai, in effect, should have been running ads with the world’s largest mileage asterisk, *These Numbers Are False.

EPA’s audit testing occasionally uncovers individual vehicles whose label values are incorrect and requires the manufacturer re-label the vehicle. This has happened only twice since 2000. EPA said this is the first time where a large number of vehicles from the same manufacturer have deviated so significantly.

“I sincerely apologize to all affected Hyundai and Kia customers, and I regret these errors occurred,” said Dr. W. C. Yang, chief technology officer of Hyundai/Kia research and development. The company claimed that false mpg ratings resulted from procedural errors during a process called “coast down” testing  in Korea. Coast down testing simulates aerodynamic drag, tire rolling resistance and drivetrain frictional losses and provides the technical data used to program the test dynamometers that generate EPA fuel economy ratings. The computer running the dynamometer test was using bad data that made the cars look more efficient than they were.

The two Korean brands owned by the same auto company have now submitted to the EPA a plan for cars currently on dealer lots to be re-labeled with new window stickers reflecting  corrected mileage estimates. The mileage on some vehicle labels will be reduced by one to two mpg. The largest adjustment will be six mpg highway for the Kia Soul.

“Consumers rely on the window sticker to help make informed choices about the cars they buy,’ said Gina McCarthy, assistant administrator for EPA’s Office of Air and Radiation. “EPA’s investigation will help protect consumers and ensure a level playing field among automakers.”

At its National Vehicle and Fuel Emission Laboratory (NVFEL) in Ann Arbor, Mich., EPA routinely tests vehicles – 150 to 200 a year, or about 15% of the possible vehicle configurations – to ensure that their performance matches the mileage and emissions data required to be submitted to EPA by the automakers, who self-certify.

The auditing helps to ensure that vehicles on the road meet tailpipe emission standards to protect public health and the environment and that all automakers follow the same procedures for calculating mileage estimates. EPA conducts both random and targeted audits, based on factors such as consumer complaints.

EPA had received a number of consumer complaints about Hyundai mileage estimates and therefore targeted Hyundai. Through the agency’s ongoing audit program, staff experts at EPA’s NVFEL observed differences between results from EPA testing of a 2012 Hyundai Elantra and information provided to EPA by Hyundai. The agency expanded its investigation into data for other Hyundai and Kia vehicles, leading to today’s announcement. EPA would not comment on whether the companies will be fined for violating U.S. regulations.

EPA and DOE are updating their joint fuel economy site to post the Hyundai and Kia corrected numbers.