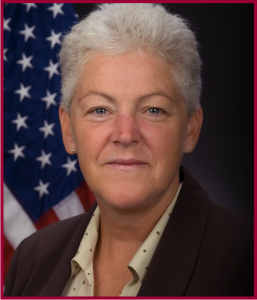 Automakers are squealing about the just announced EPA plan to keep 54.5 mpg fuel economy regulations in place after a detailed technical analysis of the industries progress thus far.

The agency’s rule still must be finalized after a 30-day comment period that would close before Donald Trump’s inauguration or is that coronation as the new Czar of the U.S.?

EPA Administrator Gina McCarthy  – soon to be replaced by Trump – proposes leaving the standards in place, so the Obama Administration program that was established in 2012 will “stay on track to nearly double fuel economy, dramatically cut carbon pollution, maintain regulatory certainty for a global industry, and save American drivers billions of dollars at the pump.”

As part of the rulemaking establishing the model year 2017-2025 light-duty vehicle GHG standards, EPA conducted a “Midterm Evaluation” of standards for model years 2022-2025. The public comment period for this action started yesterday and will end on December 30, 2016. After the comment period ends with consideration of the input, the Administrator will decide whether she has enough information to make a final determination on the model year 2022-2025 standards.

The implications for product development of the 54.5 mpg CAFE fuel mandate are murky. Estimates for the cost of compliance range by lobbying groups, but it looks ultimately like less than $1500 per vehicle for what is a difficult engineering task that has become – once again and as always – an ideological battleground.

There is, no surprise, public posturing from automakers – who have fought every major fuel economy or safety proposal with grossly inflated compliance numbers, as well as regulators and pressure groups. The ability of engineers and their companies to meet the new standards and/or garner credits to offset some vehicle shortfalls could ultimately determine the type of vehicle you can buy, and how much you will pay for it.

“This extensive body of analysis shows that manufacturers can meet the standards at similar or even a lower cost than what was anticipated in the 2012 rulemaking, and that the standards will deliver significant fuel savings for American consumers, as well as benefits to public health and welfare from reducing the pollution that contributes to climate change,” said McCarthy.

“Full implementation of the standards will cut about 6 billion metric tons of GHG emissions over the lifetimes of the vehicles sold in model years 2012-2025. Cars and light trucks are the largest source of GHG emissions in the U.S. transportation sector,” said McCarthy.

“Consumers deserve access to affordable new cars and trucks, but Washington’s midnight regulation will increase costs and force many working families into older, less safe and less efficient used cars,” said NADA President Peter Welch.  “NADA looks forward to working with the Trump Administration to ensure that working families can choose the cleaner new cars and trucks they need at prices they can afford.”

For more information go to: https://www.epa.gov/regulations-emissions-vehicles-and-engines/midterm-evaluation-light-duty-vehicle-greenhouse-gas-ghg. To provide comment, go to Docket EPA-HQ-OAR-2015-0827 at https://www.regulations.gov.

***The laboratory test used to determine fuel economy is unchanged since the 1970s. In addition, along with big changes in the demonstrated ability of automakers to use electronic controls to optimize test ratings means the actual result is more than 25% higher than what a driver will see in combined city and highway travel. This CAFE rating comes before other credits are issued to automakers – and there are new credits galore in the 2025 rule. Realistically, the fleet driving average will likely be in the 38-40 mpg range.