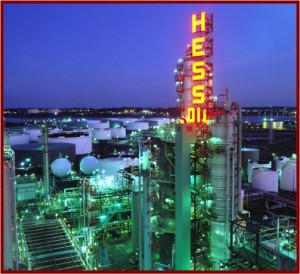 “Oil companies and their allies in Congress have worked hard to stall the proposal of these standards.”

The U.S. Environmental Protection Agency (EPA) today proposed new standards for vehicles and fuels that are the strictest in the history of the agency. EPA said the Tier 3 regulations would reduce both tailpipe and evaporative emissions from passenger cars, light-duty trucks, medium-duty passenger vehicles, and some heavy-duty vehicles.

The new Tier 3 rulemaking now well underway is designed to reduce smog-forming volatile organic compounds and nitrogen oxides by 80%, establish a 70% stricter particulate matter standard, and reduce fuel vapor emissions to almost zero. Motor vehicles are the second largest source of nitrogen oxide emissions and volatile organic compounds in the U.S. The proposal would also reduce vehicle emissions of toxic air pollutants, such as benzene and butadiene by as much as 40%.

The proposed standards mean that California’s clean cars and fuels program finalized last year will become a nationwide vehicle emissions program, which means the same vehicles will be sold in all 50 states. The proposal is designed to be implemented at the same time as the next phase of EPA’s program to reduce greenhouse gas emissions from cars and light trucks beginning in model year 2017. Automakers now face regulatory certainty because of the coordinated approach, if, big if, the proposal is implemented as written.

“Our goal is a rule that harmonizes with California’s Low Emission Vehicle (LEV III) program finalized in 2012. Eliminating differing timelines, regulatory procedures and test methods at the federal and state levels will help reduce emissions and avoid extra costs to consumers,” said the Alliance of Automobile Manufacturers in a statement.

However, the American Petroleum Institute fiercely opposed the regulations, issuing a statement against them claiming once again that it would raise the price of fuel. “EPA’s proposed Tier 3 fuel regulations could raise refiners’ costs, provide little or no environmental benefit, and actually increase carbon emissions,” according to API Downstream Group Director Bob Greco.

The proposed fuel sulfur standards include an averaging, banking, and trading program that would allow refiners and importers to spread out their investments through an early credit program and rely on ongoing nationwide averaging to meet the sulfur standard. EPA is also proposing flexibilities such as hardship provisions for extenuating circumstances, as well as flexibility provisions for small manufacturers of Tier 3 vehicles and small refiners and small volume refineries.

API claimed EPA’s Tier 3 proposal would increase the cost of gasoline production by up to nine cents per gallon. If EPA adds a vapor pressure reduction requirement in a separate regulation, it would push the cost increase up to 25 cents a gallon. Separately, API also noted that gasoline costs would also rise 30% by 2015 unless changes are made to federal ethanol mandates.

The same tactics, along with lawsuits and intense lobbying in Washington, were used by the oil industry to oppose EPA’s Tier 2 standards more than a decade ago, but the dire predictions on drastic changes in fuel prices never came true. “Oil companies and their allies in Congress have worked hard to stall the proposal of these standards, and they continue to rely on misleading and discredited data that overestimates the standards’ costs,” said the Union of Concerned Scientists.

“With 15 million new vehicle sales a year, automakers need predictable national fuel quality at the retail pump.  Ultra-low sulfur gasoline is already available in California, Europe, and Japan and will enable automakers to use a broader range of technologies to meet the significant environmental challenges facing the industry,” said Michael Stanton, President of Global Automakers.

Once fully in place, EPA claimed the standards will help avoid up to 2,400 premature deaths per year and 23,000 cases of respiratory ailments in children.

The proposed standards will reduce gasoline sulfur levels by more than 60% – down to 10 parts per million (ppm) in 2017, which allows vehicle emission control technologies to become more effective. Cars and trucks built prior to the proposed standards will run cleaner on the new low-sulfur gas, providing immediate benefits by reducing emissions from every gas-powered vehicle on the road.

The proposed standards in effect mean that California’s clean cars and fuels program will become a nationwide vehicle emissions program, which means the same vehicles will be sold in all 50 states. The regulations will be implemented over the same timeframe as the next phase of EPA’s national program to reduce greenhouse gas (GHG) emissions from cars and light trucks beginning in model year 2017. Together, the federal and California standards will maximize reductions in GHGs, air pollutants and air toxics from cars and light trucks while providing automakers regulatory certainty

“Today’s proposed standards – which will save thousands of lives and protect the most vulnerable — are the next step in our work to protect public health and will provide the automotive industry with the certainty they need to offer the same car models in all 50 states,” said EPA Acting Administrator Bob Perciasepe.

By 2030, EPA said that the proposed cleaner fuels and cars program will prevent up to 2,400 premature deaths annually, 23,000 cases of respiratory ailments in children, 3,200 hospital admissions and asthma-related emergency room visits, and 1.8 million lost school days, work days and days when activities would be restricted due to air pollution.

Total health-related benefits in 2030 are claimed to be between $8 and $23 billion annually.  The program would also reduce exposure to pollution near roads. More than 50 million people live, work, or go to school in close proximity to high-traffic roadways, and the average American spends more than one hour traveling along roads each day.