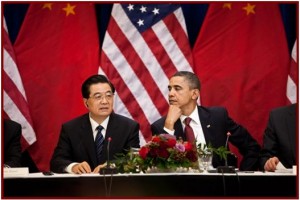 Now that the U.S. and China jointly agreed to meaningful reductions in greenhouse gas emissions, other nations heretofore hiding under inaction by the developed world will have to act as well.

The Obama Administration via the EPA today announced a new goal to cut greenhouse gases, specifically methane emissions from the oil and gas sector by 40% – 45% from 2012 levels by 2025. This ambitious goal is bound to be attacked by the oil industry and anti-environmental pressure groups as it already has been.

EPA will initiate a rulemaking effort to set standards for methane and VOC (volatile organic compounds)  emissions from new and modified oil and gas production sources, and natural gas processing and transmission sources. EPA will issue a proposed rule in the summer of 2015, and a final rule will follow in 2016.

“U.S. oil production is at the highest level in nearly 30 years, providing important energy security and economic benefits, said a White House release. “ The U.S. is also now the largest natural gas producer in the world, providing an abundant source of clean-burning fuel to power and heat American homes and businesses. Continuing to rely on these domestic energy resources is a critical element of the President’s energy strategy. At the same time, methane – the primary component of natural gas – is a potent greenhouse gas, with 25 times the heat-trapping potential of carbon dioxide over a 100-year period.”

“For these reasons, a strategy for cutting methane emissions from the oil and gas sector is an important component of efforts to address climate change,” the White House said

Ken Zino is an auto industry veteran with global experience in print, broadcast and electronic media. He has auto testing, marketing, public relations and communications expertise garnered while working in Asia, Europe and the U.S.
View all posts by Ken Zino →
This entry was posted in environment and tagged autoinformed, autoinformed.com, epa, greenhouse gases, Ken Zino. Bookmark the permalink.