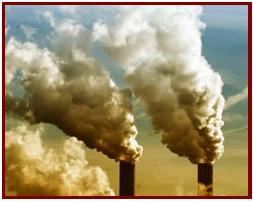 A long overdue regulation of the power industry in the view of supporters is under attack by Republicans and some but not all power companies.

The U.S. Environmental Protection Agency today proposed new standards under the Clean Air Act designed to cut carbon pollution from new powerplants. It is the first time that separate standards for new gas-fired and coal-fired power plants have been established. EPA said the standards were necessary to mitigate climate change and improve public health.

The standards, which will be expensive to meet, will be fiercely opposed by big oil and coal money in the courts and will continue a battle royal underway in the Congress between political factions in corrupt pay-to-play Washington that pits the progressive wing of the Democratic party against big-business interest dominated Republicans. In 2011, the House Republican majority brought 191 votes to the floor aimed at weakening environmental and public health regulations. Republicans attacked the Clean Air Act and new rules to cut pollution and green house gases from factories, automobiles, powerplants and other sources. They continue to do so. 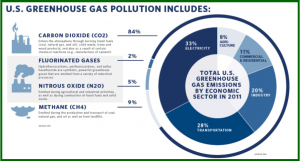 On average, a coal power plant emits 1,768 pounds of carbon dioxide per megawatt-hour. Coal is responsible for more than 35% of U.S. power generation.

In 2009, EPA determined that greenhouse gas pollution threatens Americans’ health and welfare by leading to long lasting changes in our climate that can have a range of negative effects on human health and the environment.

On average, a coal powerplant emits 1,768 pounds of carbon dioxide per megawatt-hour. Coal is responsible for more than 35% of U.S. power generation. Natural gas powerplants emit 800-850 pounds, and have been the favored technology used when companies build new plants.

“By forcing power plants to abandon the use of the nation’s largest and most reliable source of affordable electricity, EPA is recklessly gambling with the nation’s energy and economic future,” claimed National Mining Association CEO Hal Quinn. “The risk will be raised if this new source standard is applied to existing powerplants next year. The result will be a risky reliance on less diverse and more volatile sources of electricity, leading eventually to higher utility bills for households and businesses and significant job losses for American workers.”

EPA said the proposal in part derives from information and developments in the power sector and more than 2.5 million public comments, including those from the power sector and environmental groups. Industry will argue that the technology required to comply has not been fully developed or tested.

“Climate change is one of the most significant public health challenges of our time,” said EPA Administrator Gina McCarthy. “By taking commonsense action to limit carbon pollution from new power plants, we can slow the effects of climate change and fulfill our obligation to ensure a safe and healthy environment for our children,” McCarthy said.

The proposed standards come just ahead of what will be the fifth report on global warming from the Intergovernmental Panel on Climate Change, comprised of a leading group of scientists from more than 100 countries who have been tracking the problem. IPCC likely will conclude with 95% certainty that human activities caused most of the world’s temperature increase since 1950, and will continue to do so. The IPCC along with AL Gore shared the Nobel Peace Prize in 2007, much to the disgust of news organizations and politicians owned by oil and coal industry money.

EPA is seeking comment and information on today’s proposal, including holding a public hearing, as it completes the rulemaking process. The comment period will be open for 60 days following publication in the Federal Register.

Powerplants are the largest concentrated source of emissions in the United States, together accounting for roughly one-third of all domestic greenhouse gas emissions. Currently, nearly a dozen states have already implemented or are implementing their own programs to reduce carbon pollution. In addition, more than 25 states have set energy efficiency targets, and more than 35 have set renewable energy targets.

EPA also said it also has initiated an outreach program with state, tribal, and local governments, industry and labor leaders, and non-profit organizations, among others to establish carbon pollution standards for existing power plants. It wants to build on state efforts to move toward a cleaner power sector.

Ken Zino is an auto industry veteran with global experience in print, broadcast and electronic media. He has auto testing, marketing, public relations and communications expertise garnered while working in Asia, Europe and the U.S.
View all posts by Ken Zino →
This entry was posted in environment and tagged autoinformed, autoinformed.com, climate change, co2, coal, epa, Ken Zino. Bookmark the permalink.