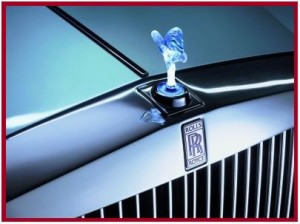 BMW has the technical expertise to produce an electric Phantom, which it is currently researching. The question is why? The answer might be it has no choice because of government decrees.

European automobile manufacturers announced today that they have agreed upon one type of plug for recharging EV or electrical vehicles.  By 2017 at the latest EV charging will be done through one type of plug that will be free from independent designs by car companies or electric utilities.

At the moment and for the foreseeable future, the small numbers of owners of EVs in Europe face conflicting recharging methods. If the automakers have their way, the European Commission will endorse the concept and force it on all involved.

“We call on the European Commission, the standardization bodies and the infrastructure providers to adopt these recommendations and to clear remaining issues as soon as possible,” said Ivan Hodac, Secretary General of ACEA, the automobile manufacturers’ trade association.

The auto industry recommendations cover the whole link between the public charging infrastructure and the vehicle inlet including the communication between the two. They also address both “slow” and “fast charging” using direct or alternate current.

“Standardization provides predictability to investors; it enables economy of scale and reduces costs. We have also ensured a solution that meets the highest safety standards and is easy to use,” claimed Hodac.

How large the marketshare is for expensive, range limited EVs remains to be seen. Most automakers assume the share will be small, ranging from 3% to 10% of new sales by 2020 to 2025, depending on how quickly the range and expense and small size challenges can be addressed.

Also very much in play here are government policies favoring the nascent EV business, particularly how lavish are the taxpayer subsidies – if they indeed survive the European debt crisis – which at the moment are badly needed to make EVs more than technologic curiosities for a limited number of fans.

One “Big Government” threat exists. The EU has proposed banning of “conventionally-fueled” cars in European cities by the middle of the decade. .