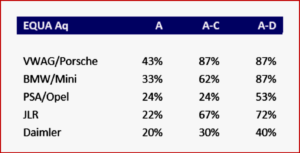 The General Court of the European Union overturned the diesel emissions compliance levels under the new Real Driving Emissions (RDE) regulation in a verdict announced earlier this month. At the time it appeared to be a clear victory for urban areas – London, Madrid, Paris, Brussels – trying to limit the deadly nitrogen oxides diesel are adept at making.

Not so fast says our friends at *Emissions Analytics.

They write that “in reality, it has the potential to further complicate the Euro 6 regulatory stage and thereby create the unintended consequence of making it even less usable for urban vehicle policy.” (see AutoInformed on Death Of The Diesel Continues As London Mayor Delivers Online Checker To Help Car Buyers Choose Cleaner Cars and Hybrid Vehicles Overtaking Diesels on Fuel Economy)

Their argument is provocative: “While the European Commission did not seek to increase the headline 80 mg/km emissions limit for diesel vehicles, which must still be adhered to in the laboratory test, they granted “Conformity Factors” that in effect did increase the limits for the harder, on-road part of the test. As a result, all diesel vehicles only had to meet 168 mg/km by September 2019, falling to 114 mg/km by January 2021. This was in practice a large increase in the permissible emissions limit.”

The Court verdict says that vehicles already certified under Real Driving Emissions (that starts with the stage known as “Euro 6d-temp”) remain compliant, as will vehicles certified for up to 14 more months in the future. Caveat here: depending on whether the Commission appeals and the speed with which replacement legislation is brought forward.

In practice Emissions Analytics uses scenarios: “Let us assume that there is no appeal and no new legislation, meaning vehicles must meet 80 mg/km on the RDE test. Taking a sample of 30 RDE-certified diesel cars tested by Emissions Analytics on its independent EQUA Index test, we conclude that up to 90% of the vehicles would still be compliant. Although the test does not include cold start in its ratings, overall it remains a good proxy for RDE compliance. Furthermore, the average NOx on a combined cycle of these still-compliant vehicles is just 50 mg/km, well below the certification standard. Of the remaining 10%, they all come from the same OEM, Honda, which would in this scenario need to make changes.

No. There are worries: “RDE does not become mandatory for all vehicles sold until September 2019. Therefore, it is likely that this conclusion is flattered due to a self-selecting sample of the best performing cars. If we look at the wider population of pre-RDE Euro 6 diesel cars, we may have a proxy for the challenge to each manufacturer of no Conformity Factors. 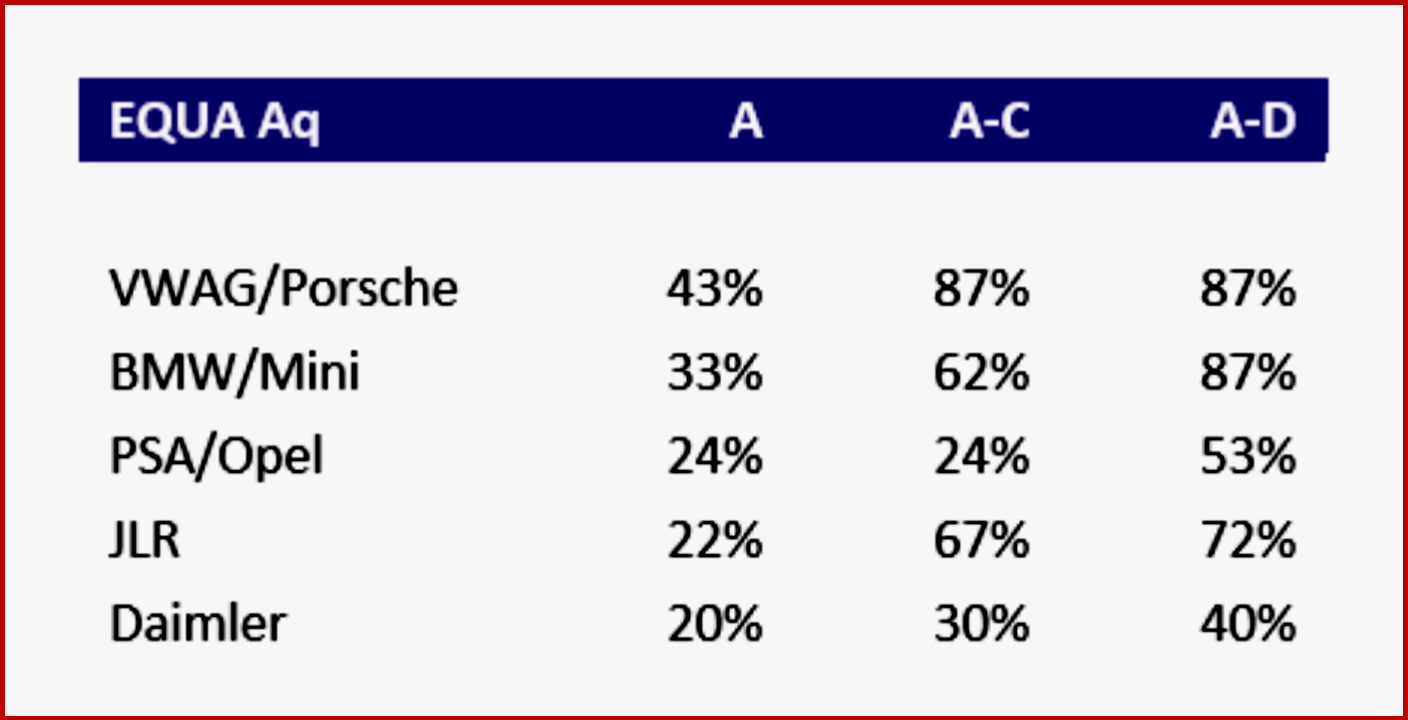 “The table above shows the proportion of pre-RDE Euro 6 diesels from a range of manufacturer groups that meet various emissions levels, on our real-world scale. For example, 33% of all BMW/Mini Euro 6 diesel vehicles tested by Emissions Analytics achieve a rating of ‘A’.

“The ‘A’ rating is equivalent to 80 mg/km; ‘A’ to ‘C’ is equivalent to 180 mg/km (the Euro 5 level, close to the 2.1 Conformity Factor level); ‘A’ to ‘D’ is equivalent to 250 mg/km (Euro 4).m <all Euro 5 diesel cars had no NOx after-treatment, just exhaust gas recirculation (EGR), while their Euro 6 successors typically received the addition of either a Lean NOx Trap (LNT) or a Selective Catalytic Reduction (SCR) system. Therefore, as a rough equivalence, a Euro 6 car with failed after-treatment may emit at a level more akin to an equivalent Euro 5 vehicle.>

“Approximately, the Conformity Factors allowed ratings of up to ‘C’, but with this annulled, ‘A’ ratings would need to be achieved. The table lists the five manufacturer groups that would be best placed to meet this requirement – assuming their pre-RDE performance is a proxy indicator of how close they are to achieving 80 mg/km across their whole range. VW Group, therefore, is best placed overall; Jaguar Land Rover has made the most rapid advances in the last year.

“The final column of the table indicates the proportion that meet ‘A’ to ‘D’. This is relevant to the 270 mg/km maximum limit proposed in an agreement between the German government and cities, to be judged in real-world conditions. The ‘D’ rating is a near equivalent to this level.  While the 270 mg/km limit is currently only proposed to apply to Euro 4 and 5 diesels, in time it could be extended to Euro 6 vehicles. If this were to happen, the table shows what proportion of these manufacturers’ vehicles may be restricted from the 14 German cities cited. Therefore, VW, BMW and JLR would be the least affected of all. In addition, this is before the benefit of the fixes and retrofits that have been, or may be, actioned, which would further reduce the restrictions. In contrast, there are manufacturers that could face having all their Euro 6 diesels restricted.

Overall, this may give reassurance to some, but there is a wider risk. The annulment of these Conformity Factors further confuses what “Euro 6” means as a label of performance. RDE was meant to be a discontinuity with the past, failed regulation. It had two levels already – two Conformity Factors – but the effect of the Court judgement could lead a change in the gradations or, potentially, more gradations. The Euro 6 label has limited informational content already, but the effect may be to cloud what RDE means, causing further consumer confusion, which would not be to the advantage of the car market.

How one views the European Court ruling it does show the increasing power of cities in determining vehicle emissions policy. The problem is one of potentially conflicting goals here – air quality improvement or greenhouse gas emissions reduction, which is the higher priority? No matter the debate some of it illuminated by real data would ultimately improve things if the public, not politicians understands the issues involved.

An independent vehicle testing company that created the EQUA index. The EQUA index is a database of ‘real-world’ emissions from a wide range of cars and vans sold in the UK, France and other European countries. Emissions Analytics actively tests new vehicles roughly 1000 to date covering a range of makes, models and engine types.