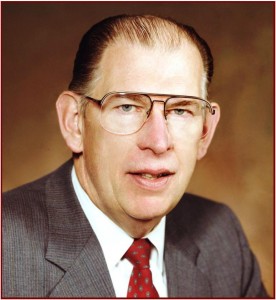 Stempel was an engineer by training with an analytical, easy going disposition who was accessible to the media. On many occasions I listened as he patiently explained complex manufacturing and development processes that he was instituting first as president of GM during the late 1980s, then as chairman.  All to little apparent good effect, and far too slow in producing results for the Board of Directors.

As CEO Stempel was fired along with President Lloyd E. Reuss by the Board of Directors in 1992 during one of GM’s financial crisis that lead to numerous reorganizations and ultimately a bankruptcy in 2008 as GM’s market share continually declined and debt rose to unsustainable heights when  the financial markets collapsed.

“The General Motors family mourns the passing of Bob Stempel, who admirably led the company during very difficult times in the early 1990s. Bob was a very popular chairman with employees, and his many accomplishments as a visionary engineer included leading the development of the catalytic converter, one of the great environmental advancements in auto history,” General Motors said in a statement this morning.

Stempel’s legacy lives in the Chevrolet Volt hybrid, which incorporates some of the electric vehicle technologies Stempel championed on the EV1 electric vehicle, which was leased to a limited number of customers – fewer than 1,200 – through Saturn dealers during 1996-1999. EV1’s limited range and high expense was the reason for its demise, problems that still exist with electric vehicles to this day, according to critics.