ExxonMobil Under Scrutiny for Its Climate Change Propaganda 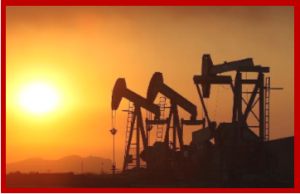 ExxonMobil is facing legal investigations for its efforts of funding, supporting and spreading propaganda, past and present, denying the climate risks posed by the use of its fossil-fuel based products.

The Massachusetts and New York attorneys general are currently probing whether ExxonMobil deceived its shareholders and the public about climate change.

As a result, ExxonMobil is running afoul of regulators with potentially ruinous consequences. The giant oil company is – not surprisingly and predictably – trying to thwart these legal actions. It’s not alone here, of course in the oil business, and a similar cynical strategy was used by tobacco companies to cast  doubt, obfuscate and downright lie about the dire negative effects of addictive nicotine and deadly lung cancer caused by cigarette use.

In a disturbing development with broad First Amendment implications, ExxonMobil is lashing out against the Union of Concerned Scientists (UCS) and others – in the words  of UCS, “who feel they are holding them accountable for their decades of deception.”

ExxonMobil has asked a federal court to throw out a New York attorney general’s subpoena seeking information relevant to his investigation into whether the corporation broke any laws by misleading shareholders and the public about climate change.

In its filing, ExxonMobil said that the attorney general consulted with experts, including UCS.

This is true UCS – somewhat proudly – admits. It provided publicly available research on climate science and the evidence of deception by oil companies in UCS reports including, notably, Smoke, Mirrors, and Hot Air and The Climate Deception Dossiers.  The 2007 UCS report says that the oil company spent nearly $16 million to fund skeptic front groups to create confusion around the certainty of global warming.

In July 2015, UCS published The Climate Deception Dossiers: Internal Fossil Fuel Industry Memos Reveal Decades of Corporate Disinformation, detailing  what it said was decades of climate disinformation disseminated by fossil fuel companies, trade associations, and industry-funded lobbying groups such as the American Legislative Exchange Council (ALEC). Along with the publication of this report, UCS released a curated collection of seven “deception dossiers” containing some 85 previously released internal memos from fossil fuel companies and their surrogates totaling more than 330 pages.

UCS said this year that eight leading fossil fuel companies maintain membership, “and in many cases, have leadership positions,” in trade associations and other industry groups that spread disinformation about climate science and/or seek to block action on climate change.  All the companies in the UCS study except BP and Shell scored low on a UCS metric for “accuracy and consistency of public statements on climate science and the consequent need for swift and deep reductions in emissions from the burning of fossil fuels.”

“Sorry, ExxonMobil, but this is what we do,” UCS said. “UCS is committed to ensuring that policies and actions by public officials—from the president and Congress to state attorneys general and beyond—are grounded in the best available science.”