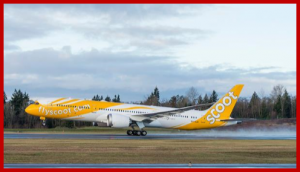 TSA isn’t enforcing The REAL ID Act for people boarding commercial airliners because only 22 states comply with the law.

The Federal Aviation Administration, aka FAA,  today issued a final rule that allows general aviation pilots to fly without holding an FAA medical certificate as long as they meet requirements outlined in Congressional legislation.* Previously the FAA mandated that private, recreational, student pilots, and flight instructors to hold a third-class medical certificate. Currently that means completing an online application and undergoing a physical examination with an FAA-designated Aviation Medical Examiner. A current medical certificate is valid for five years for pilots under age 40 and two years for pilots age 40 and over. (It, of course, begs the question about medical certification for drivers.) More than ~65% of Aviation Medical Examiners are in general practice or internal medicine, so they automatically qualify to help a pilot self certify. The new rule is flexible and gives pilots more choices.

The regulation has potentially broad implications for drivers since it dovetails with two other federal agency actions or desires. First, The REAL ID Act, passed by Congress in 2005, made into law the 9/11 Commission’s idea that the Federal Government “set standards for the issuance of sources of identification, such as driver’s licenses.” The Act established minimum security standards for license issuance and production.

It also keeps Federal agencies from accepting driver’s licenses and identification cards from states not meeting the Act’s minimum standards. The purposes covered by the Act are: accessing Federal facilities, entering nuclear power plants, and, no sooner than 2016, boarding federally regulated commercial aircraft (Hah, TSA didn’t and couldn’t enforce this). While extensions have been granted, states are still scrambling to meet the requirements. Currently only 22 states comply.

The second aspect here is NHTSA’s stated intention to have 100% of vehicle safety recalls completed, which now appears to be pure fantasy. Beyond the first owner, there is no good way to track vehicles with outstanding recalls. The logical and controversial solution is to go to a national driver’s license and registration system so that defective vehicles with open recalls can be tracked.

Beginning on 1 May 2017, pilots may use the BasicMed rule or continue to use their FAA medical certificate. Under BasicMed, a pilot will be required to complete a medical education course, undergo a medical examination every four years, and comply with aircraft and operating restrictions. Pilots using BasicMed cannot operate an aircraft with more than six people onboard and the aircraft must not weigh more than 6,000 pounds.

A pilot flying under the BasicMed rule must:

*The 15 July 2016 FAA Extension, Safety, and Security Act of 2016 directed the FAA to issue or revise regulations by 10 January 2017, to ensure that an individual may operate as pilot in command of a certain aircraft without having to undergo the medical certification process under Part 67 of the Federal Aviation Regulations, if the pilot and aircraft meet certain prescribed conditions outlined in the Act.