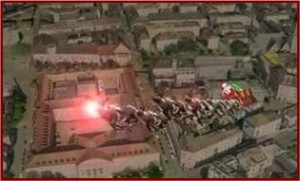 The Federal Aviation Administration said today that Santa One, a reindeer-powered sleigh used to deliver presents to children around the world, is cleared for its Christmas Eve flight.

The combined air defense command for North America, Canada and the U.S., or NORAD will be tracking the general aviation aircraft, err sleigh – see http://www.noradsanta.org/ as it follows Santa traveling across the globe delivering presents on December 24.

This sleigh ride-tracking program actually started with a misprint when in 1955 a Sears Roebuck & Company advertisement asked kids to call Santa at what was a wrong phone number. The printed Sears Santa Claus number was the hotline for the Commander-in-Chief of the U.S.’s Continental Air Defense Command operation center. 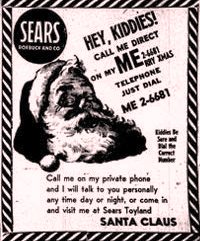 Yes, Virginia there is a Santa Claus…

At the height of the Cold War, Director of Operations, Colonel Harry Shoup, had his staff check the radar for indications of Santa making his way south from the North Pole. Children calling were given updates on his location. This appears to be a clear understanding on the part of Air Defense Command what was one of the things they were willing to fight for.

(In 1958, the governments of Canada and the United States created a combined air defense command for North America called the North American Aerospace Defense Command, NORAD, which then took on the tradition of tracking Santa.) 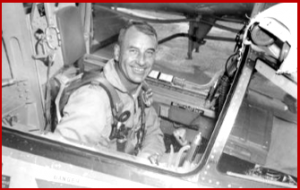 NORAD members, along with family and friends, since then volunteer to take phone calls and e-mails from children. People can call toll-free +1 877-446-6723 or email noradtrackssanta@outlook.com to check Santa’s location.

Through collaboration with the NORAD Tracks Santa program anyone with an active GM OnStar subscription can request a “Santa Update” between 7 a.m. on December 24 until 5 a.m. EST on December 25. OnStar advisors will provide Santa’s location based on NORAD’s official Santa Tracker Map.

Merry Christmas to all our military personnel, veterans, and their families, and FAA Air Traffic controllers wherever you are.

Ken Zino is an auto industry veteran with global experience in print, broadcast and electronic media. He has auto testing, marketing, public relations and communications expertise garnered while working in Asia, Europe and the U.S.
View all posts by Ken Zino →
This entry was posted in people, transportation and tagged autoinformed, autoinformed.com, faa, Ken Zino, norad, santa claus. Bookmark the permalink.