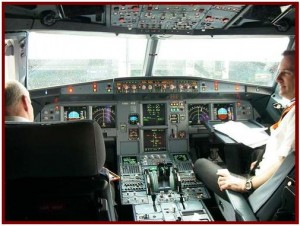 The FAA in its annual Aviation Forecast Report Fiscal Years 2017 to 2037 says there will be “sustained and continued growth” in the ~2%-5% range will occur in nearly every aspect of air travel from general aviation, private flying, to large commercial airline passenger levels. U.S. Real GDP is forecast to increase from $16.6 trillion in 2016 to $25.4 trillion in 2037, an average annual rate of 2.1%. World GDP is forecast to grow at a faster pace of 2.8% over the same 21-year period, from $76.7 trillion to $137.1 trillion.

Unfortunately, the growth in the use of Unmanned Aircraft Systems (UAS), also known as drones, will more than triple in size from an estimated 1.1 million vehicles at the end of 2016 to more than 3.5 million units by 2021. This is the greatest threat to the safety of  air travel passengers. (FAA Proposes Talking About Regulations for Drones and Drones – FAA Releases Updated Sighting Reports)
The commercial, non-hobbyist drone fleet is forecast to grow from 42,000 at the end of 2016 to about 442,000 aircraft by 2021, with an upside possibility of as many as 1.6 million UAS. Pilots of these UAS vehicles are expected to increase from 20,000 at the end of 2016 to a range of 10 to 20 times as many by 2021.

In commercial air travel, Revenue Passenger Miles (RPMs in aviation talk, not auto talk), considered the benchmark for measuring aviation growth, the FAA forecast calls for system RPMs by mainline and regional air carriers to grow at an average rate of 2.4% per year between 2016 and 2037. Total mainline air carrier and regional RPMs are forecast to increase from 928 billion in 2016 to 1.53 trillion in 2037.

The FAA uses a variety of economic data and projections to develop its annual forecast, such as generally accepted projections for the nation’s Gross Domestic Product (GDP). The FAA annual forecast is considered the industry-wide standard of U.S. aviation-related activities. The report looks at all facets of air travel including commercial airlines, air cargo, private general aviation, and fleet sizes. Read the FAA Aviation Forecast Fact Sheet.