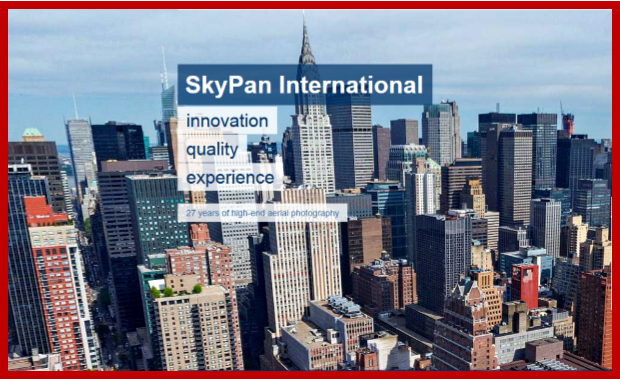 SkyPan is a Section 333 UAS (Unmanned Aircraft Systems) Exemption Holder, under aviation regulations, which could complicate the case if it goes to litigation.

The U.S. Department of Transportation’s Federal Aviation Administration – FAA – today announced the largest civil penalty the FAA has proposed against a drone operator SkyPan for endangering the safety of US airspace.

SkyPan operated the aircraft in a careless or reckless manner to endanger lives or property, the FAA alleges. SkyPan had no comment for AutoInformed.

The FAA proposes a $1.9 million civil penalty against SkyPan International, Inc. of Chicago. Between March 2012, and December 2014, SkyPan conducted 65 unauthorized operations in some of the most congested airspace and heavily populated cities, violating airspace regulations and various operating rules, the FAA alleges.

“These operations were illegal and not without risk,” the FAA said.

SkyPan claims,” Our own proprietary Remote Piloted Vehicles (RPV) are ushering in a whole new world of aerial and panoramic photography. We’ve spent many years researching, developing and advancing these technologies that allow us to shoot unique, 360-degree, “bird’s-eye views” from a full range of platforms. Whether you’re seeking traditional high-flying aerial photography, or something a bit more unconventional, we’ve got you covered.”

The FAA alleges that the company conducted 65 unauthorized commercial drone flights over various locations in New York City and Chicago between March 2012 and December 2014. The flights involved aerial photography. Of those, 43 flew in the highly restricted New York Class B airspace.

SkyPan is a Section 333 UAS (Unmanned Aircraft Systems) Exemption Holder, under aviation regulations, which could complicate the case if it goes to litigation. By law, any aircraft operation in US national airspace requires a certificated and registered aircraft, a licensed pilot, and operational approval. Section 333 of the FAA Modernization and Reform Act of 2012 (FMRA) says the Secretary of Transportation the authority to determine whether an airworthiness certificate is required for a UAS to operate safely in the National Airspace System (NAS).

The FAA says SkyPan operated the 43 flights in the New York Class B airspace without receiving an air traffic control clearance to access it, the FAA alleges. Additionally, the agency alleges the aircraft was not equipped with a two-way radio, transponder, and altitude-reporting equipment.

The FAA further alleges that on all 65 flights, the aircraft lacked an airworthiness certificate and effective registration, and SkyPan did not have a Certificate of Waiver or Authorization for the operations.

SkyPan has 30 days after receiving the FAA’s enforcement letter to respond to the agency.