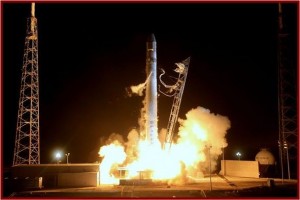 The ‘No Jobs’ Obama Administration is trying to position this bureaucratic move as a way to encourage private sector innovation and in-sourcing of work to American companies, along with job creation claims – no matter how tenuous.

In 2009, U.S. commercial space transportation and the services and industries it enables accounted for more than $208 billion in economic activity. More than one million people were employed as a result.

“It’s simple, really; the Obama Administration wants the business of launching American astronauts – and the many jobs that come with that activity – back in America,” said Illinois Republican Ray LaHood who is DOT secretary.

Both the FAA and NASA have experience with flight-related safety, engineering, and health standards of course. In an election year where jobs and government regulations of all types are under scrutiny, this appears to be p.r. move around something that should be done in the normal course of business at the $80 billion annually taxpayer-funded DOT.

The ‘No Jobs’ Obama Administration is trying to position this as a move to encourage private sector innovation, in-sourcing work to American companies around the development of spaceflight capabilities along with job creation claims no matter how tenuous.

NASA’s Commercial Crew Program provides technical and taxpayer subsidized financial assistance to create a U.S.-based commercial capability to launch astronauts to the International Space Station and other low-Earth-orbit destinations. Why there is any need for astronauts going forward – given the effectiveness of non-manned drones in full deployment against terrorists – was not explained. (See Boeing Phantom Eye Uses Ford Ranger Hydrogen Engines)

The FAA’s Office of Commercial Space Transportation seeks to protect the public during the launch and re-entry of commercial space vehicles. It has licensed 207 successful launches -including two non-orbital commercial human space flights in 2004 and the recent SpaceX Dragon historic launch and re-entry.