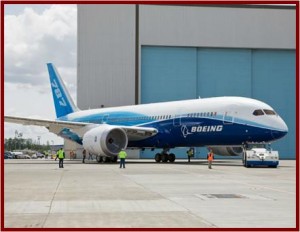 The FAA reviews 787 in-service events, as part of what it says is a continued operational safety process.

A series of mishaps on the Boeing 787 including, engine oil leaks, cracked windshields and a fire has prompted the FAA to promise a review of the design, manufacture and assembly of the so-called Dreamliner.

Last Monday, a Japan Airlines 787 at Boston Logan Airport caught fire, prompting a National Transportation Safety Board investigation. JAL said that smoke was detected while the 787 was on the ground after passengers disembarked and during cleaning. It was traced to the lithium ion battery pack used to start the auxiliary power unit. The next day a JAL 787 returned to the gate at Logan after a fuel leak was spotted while it was waiting for takeoff.

United Airlines is currently the only U.S. airline operating the 787, with six airplanes in service. The worldwide in-service fleet includes 50 aircraft.

A team of FAA and Boeing engineers and inspectors will conduct a joint review, with an emphasis on the aircraft’s electrical power and distribution system, according to the FAA. The review will also examine how the electrical and mechanical systems interact with each other.

In a statement Boeing said, “The airplane has logged 50,000 hours of flight and there are more than 150 flights occurring daily. Its in-service performance is on par with the industry’s best-ever introduction into service – the Boeing 777. Like the 777, at 15 months of service, we are seeing the 787’s fleet wide dispatch reliability well above 90%.

The FAA said it is taking a broader view of design, manufacturing and assembly, and it will not focus exclusively on individual events. The review is expected to begin in Seattle, but may expand to other locations over the course of several months.

FAA employees logged 200,000 hours of work during the 787 type certification and flew on numerous test flights. The FAA reviews 787 in-service events, as part of what it says is a continued operational safety process.

The 787 designation was originally the date of an elaborate unveiling during July of 2007, with the first flights planned for that August. The twin-engine composite aircraft – arguably the most advanced ever, had several production delays before finally entering service years late.