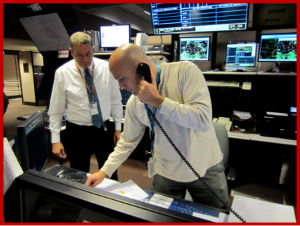 FAA apologists claim it wasce too expensive to have complete contingency plans in place at the branch of the DOT, which has a $91 billion annual budget.

The Federal Aviation Administration or FAA continues to attempt damage control to its tarnished reputation over its lack of plans to handle what was a terrorist attack on its Chicago Air Traffic Control Center. Administrator Michael P. Huerta today announced the agency is conducting a 30-day review of contingency plans and security protocols for its major facilities after a criminal action by a contractor on Friday knocked out communications equipment at an FAA high-altitude air traffic facility in Aurora, IL. While bad for the nation, this is good for the car and truck business though. It looks like air traffic procedures won’t be back to normal until the middle of October.

As of noon today, air traffic controllers – the hard working competent FAA  workers as opposed to the political appointees and bureaucrats in management – using a cobbled together contingency plan managed to move about 80% of typical traffic at O’Hare and 90% at Midway airports, both vital to the Second City’s commerce. It was a miracle. Chicago Center controls traffic over five states and hundreds of airports – 91,000 square miles.

“I do understand the traveling public’s frustrations with flight delays and cancellations,” Huerta said. “The air transportation system is vital to our economy and people rely on it to function 24 hours a day, seven days a week.”

So how come the agency that has overseen all air traffic control in the U.S. since 1958 didn’t have a plan in place?

Early Friday morning the FAA evacuated the enroute center, and FAA employees got out safely. In order to keep flights moving, air traffic control centers in Cleveland, Indianapolis, Kansas City and Minneapolis have taken over the Chicago center’s responsibilities but they did not have plans to it immediately. Commercial aviation, key to national commerce is still reeling.

Brian Howard, the contract employee who caused the chaos is receiving treatment for self-inflicted injuries and is under guard. One FAA employee suffered from smoke inhalation, was treated at the fire, and is now back to work.

On Sunday, National Air Traffic Controllers Association President Paul Rinaldi said the days ahead represent “one of the most challenging situations that air traffic controllers and other FAA employees have faced since 9/11.”

FAA apologists claim it would be too expensive to have complete contingency plans in place at the branch of the DOT, which has a $91 billion annual budget. The FAA gets almost $16 billion annually.

Ken Zino is an auto industry veteran with global experience in print, broadcast and electronic media. He has auto testing, marketing, public relations and communications expertise garnered while working in Asia, Europe and the U.S.
View all posts by Ken Zino →
This entry was posted in auto news and tagged autoinformed, autoinformed.com, faa, Ken Zino, Michael Huerta. Bookmark the permalink.